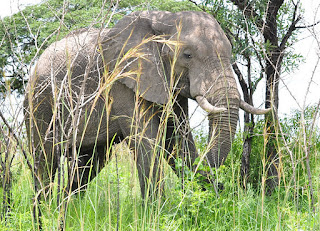 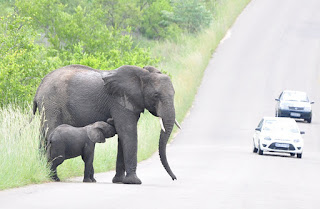 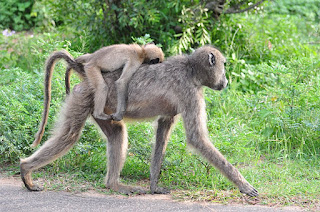 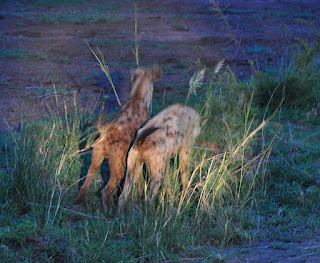 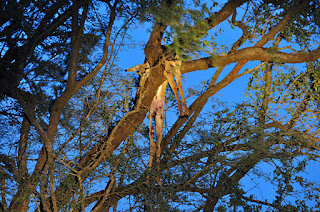 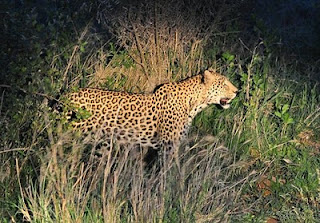 Amazingly we saw the following animals on our first day (as well as the ones above): kudu, waterbuck, rhinoceros, gysbok, warthog, lion, impala, giraffe, zebra, hippopotamus, terrapin, pin-tailed whydah bird, crowned hornbill, vervet monkey, baboon, vulture, genet, civet, African wild cat, mongoose, puff adder, duiker, steenbok and probably a few more that I've forgotten! As we moved farther north in the park we actually saw fewer animals so we were glad we started where we did. Keep in mind that most of the animals were within a few meters of the road we were driving on and it gives you a sense of the number of animals in the park.
at January 06, 2012

Oh MY!!!! What astounding luck you had in the park! You rattled off names of some animals I’ve never seen in four years of living there and at least a half dozen visits since. I can see it helps to take a guided night drive. Fantastic.
Will we hear about your Sabie visit next?
Susan