And then there's Amsterdam

One day in the depths of poverty (Khayelitsha) and the next to the overwhelming onslaught of Amsterdam. Talk about contrast! Yes I've heard about the number of bicycles in Amsterdam but I could never have imagined the reality of it. Apparently twice as many bikes as people!
This view is just steps from our B and B. I think we lucked out with the weather too. 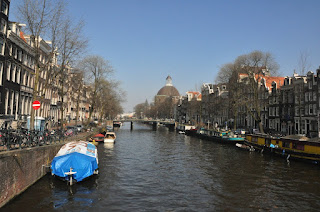 Breakfast with a group of ladies from Wales/England and a couple from Rome. 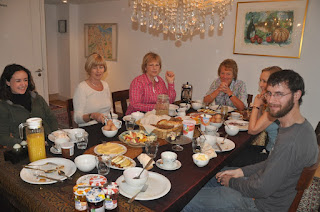 Today (Saturday) we visited several markets - farmers markets, the flower market, and flea markets. We scored some fish cakes, pita bread and baba ganoush for lunch and some beet ravioli with shitake mushrooms and sun dried tomatoes with fresh parmesan for dinner. We managed to resist the squid (could be octopus). 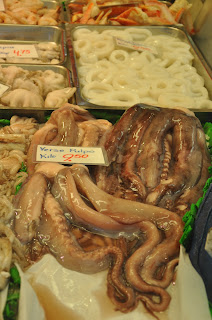 This footwear speaks for itself. 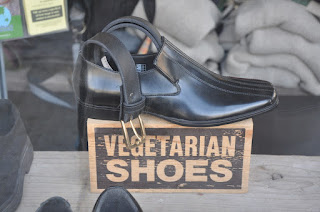