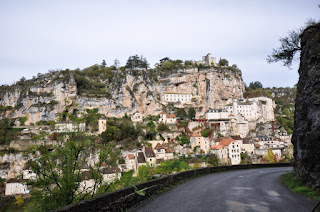 Even after visiting several of these 'entire villages/fortresses' built on a cliff it's still pretty impressive when you drive around the corner to this view.  Garry and Alanna arrived Friday and yesterday we headed about 1.5 hours north of here to Rocamadour. 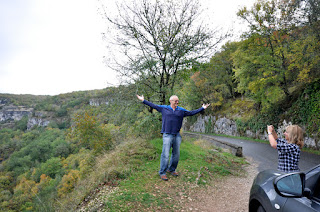 This castle/church from the 13C became an important pilgrimage site with pilgrims climbing the steps on their knees with chains around their arms and necks.  By the time we had climbed to the top we felt a bit like that ourselves, even with the elevator ride part way!

Lucky Alanna found some shops that were open.  Actually it was quite a touristy place but because of the time of year there weren't that many people around. 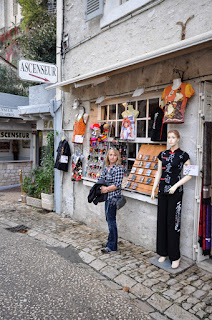 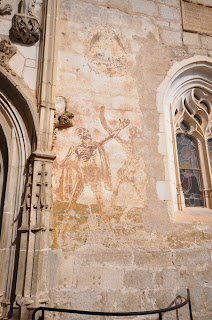 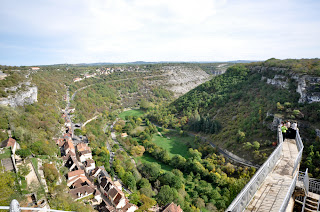 The view from the top of course was spectacular and since we've had a couple of days of intense winds and some rain the appearance of the sun was very welcoming.  Turned out to be a be quite a warm day  - 24 degrees or so. 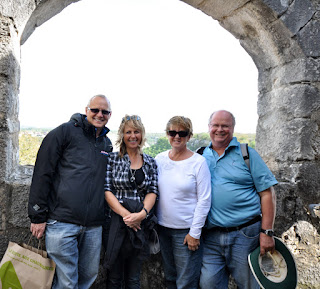 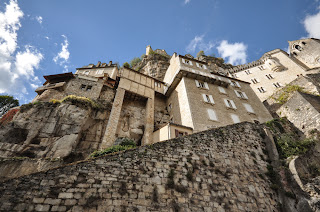 Our next stop was a cave just a few kilometers down the narrow, windy, picturesque road where we saw this round, rock house which I thought was called a shepherd's cave and I made Ross stop in the middle of the road while I took the picture. 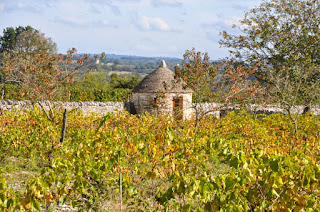 The caves we went to were Les Grottoes de Lacave, which is the town where they are located. There were some amazing structures but what made them spectacular were the underground lakes. The almost perfect reflections created an optical illusion that the caves were very deep but in reality the water was only a few centimeters deep.  The bottom half of this photo is the reflection. 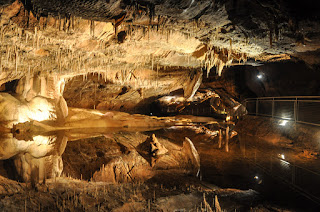 Unfortunately the guide didn't speak much English so we relied on one of the other tourists who translated quite a bit for us.  We topped the day off with a wonderful 5 course meal (although Garry only had 3) at the restaurant at Les Arques that I had read about.
at October 22, 2012