Like the good tourists we are, we decided to do a hop-on hop-off bus tour of the city this weekend. On Saturday we boarded at the waterfront and made the short trip to down town and Greenmarket square. Historically this was a vegetable market but today is crammed with hundreds of stalls selling trinkets, beaded items, drums, carvings, artwork. It’s a lively, energetic place and while we sat and ate lunch several musical/dance groups entertained us.  There’s a LOT of street music in Cape Town - some very young children dancing while their mother (?) drummed and sang, a troupe of older boys dancing rather suggestively, an older gentleman with a Louis Armstrong voice duetting with a guitarist performing songs from the 60s.

The rest of the trip took us up to the Table Mountain cable car (we didn’t go to the top this time) and then out around Camp’s Bay which is a very popular beach area. Although surprisingly not many people were swimming because the Atlantic ocean is just too cold here. Apparently it’s colder in the summer than the winter due to winds and currents.

We hadn’t realized it but we found out that there’s a second tour that goes to 3 wineries so we extended our bus pass to another day. We planned to get off at the last winery and make our way back to the other two. The first part of that plan worked fine, but by the time we’d had lunch (with wine of course) and done the wine tasting (5 generous portions) at Groot Constantia, the oldest winery in the area dating from 1685, we were ‘wined out’ and decided it would be wise to skip the other 2 wineries.

This picture is the consequence of getting a random stranger to take your picture. Perhaps there’s something special about that window that I wasn’t aware of. 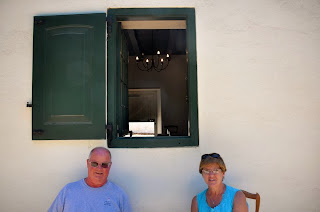 We hopped-on the bus and this time the bus meandered all the way down to Hout Bay and then back through Camp’s Bay. The coastline is really picturesque especially from the top deck of the bus. 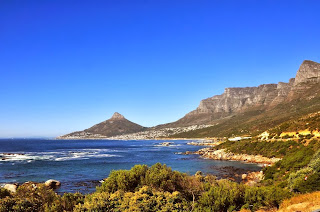 As it was a beautiful, sunny day during the Christmas holidays, the beaches and roads were jam packed and it took us several hours to wind our way through the narrow roads and traffic. This is one of several beaches along the way. If you click on it to enlarge you'll see lots of sunbathers but very few swimmers! 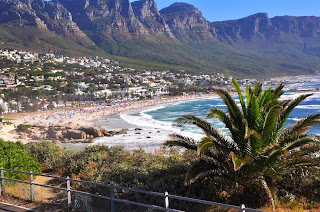 Today (Monday) Scott and his friend Phillipe joined us for a golf game at the Metropolitan Club right in the middle of Green Point in the shadow of the stadium.  It’s a beautiful setting and you can also see Table Mountain in the background in this picture. It’s a 9 hole course with 18 different tee boxes and 14 different greens, so it makes for an interesting course. (Fortunately Phillipe has actually used a camera before.) 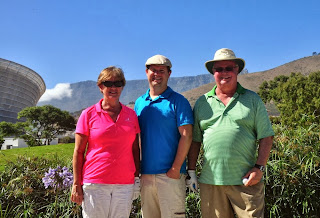 Awesome blog...thanks for taking the time to create and post to it. This is a great way to share details about your trip...love it!

Four things I noticed about Ireland (and then 3 more). 1. The word "wee" doesn't mean little or small, but more like inconse... 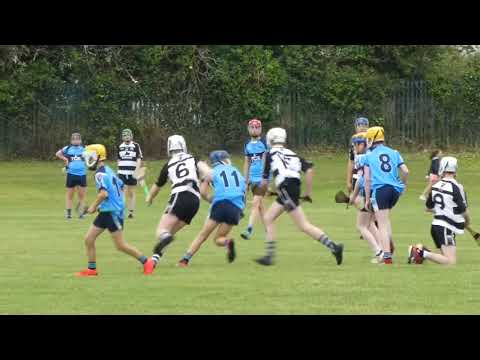