In South Africa there is great, great discrepancy in quality among the schools.  As far as I could tell, there are 3 schools that the students attend - one in their township of Simile, one in the coloured township of Harmony Hill across the valley, and one in the town of Sabie (referred to by one student as the 'white school'). As the students start to arrive, the older ones immediately begin setting up the tables and chairs outside, despite this being only the 2nd day of the new school year. They are provided with an after school snack of soup with bread which they energetically gobble up. Vicky takes the time to introduce each student to me as they arrive and they all politely greet me with a "How do you do Ma'am". 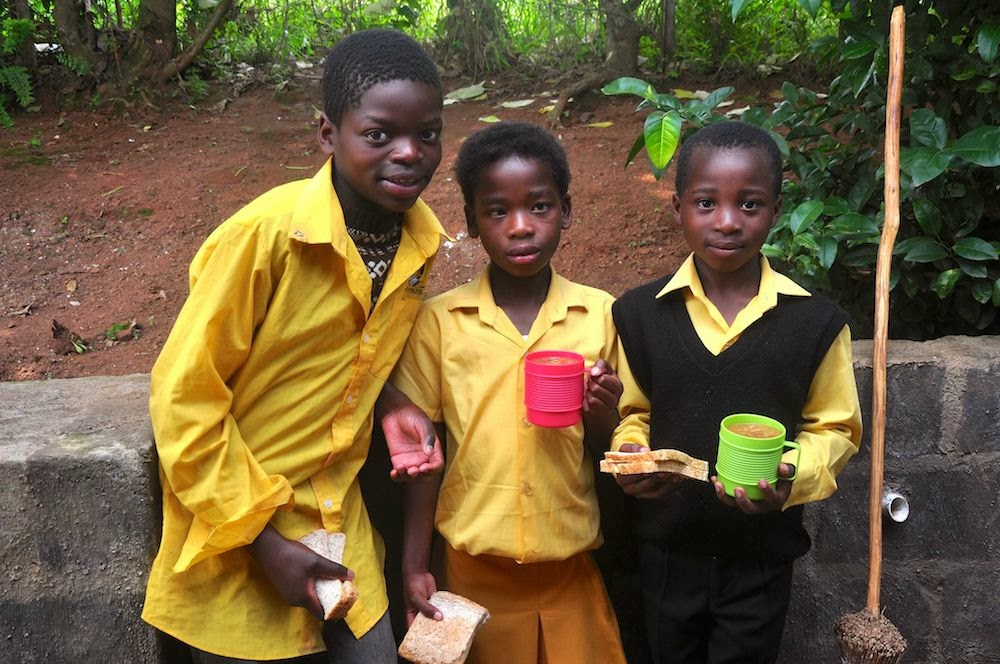 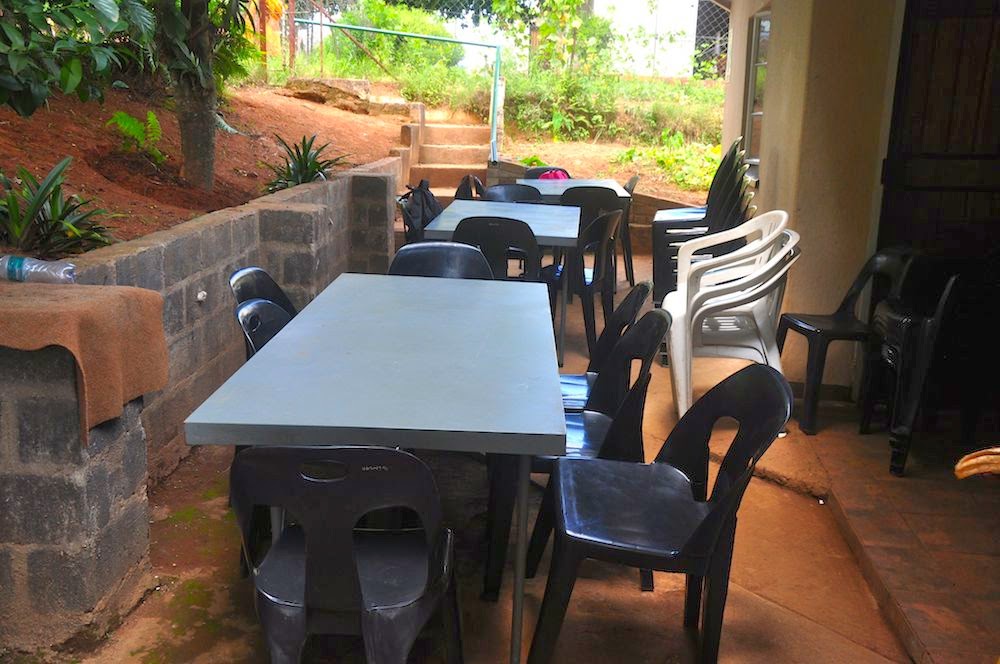 The students range mostly from Grade R (for reception like our K) to 7 and they're divided into 2 groups.  There is a large group of grade 7s so they head off to the room inside, while the younger ones sit at the tables outside. I sit down with them and we begin with a short "Where is Canada" lesson.  A map is pulled out and since it's a Mercator projection Canada looks much larger than it is in comparison so it's super easy to find. We start with the continents and proceed from there.  One student asks me what the line down the side of the map is (the international date line-I avoid actually explaining it since I'm not sure I fully understand it myself!) which  leads to a discussion of time zones and yes, it's night time in Canada and stranger yet it's winter.

After "Canada time" the students who have work start on it and I gather a few younger ones and those that don't have work, to read a story to them.  The books they have are limited to a few very easy readers. As I read I pose questions: "What do think will happen next?", "How does it look like he's feeling now?", "Have you ever done that?"  Language difficulties aside, only a few feel comfortable enough to answer at first.  Speaking of language, the dominant language here is siSwati, which I believe is a variant of Zulu although many of the older people also speak Afrikaans.  Their teachers are siSwati but all the books as well as government exams are in English.

The work the students are doing seems familiar enough - writing numbers in expanded form and as words (e.g. 213 = 200 + 10 + 3 = two hundred thirteen), list 10 living and non-living things, etc. and the students are well behaved but typical - teasing each other, annoying their little brother, disputing what each other says in response to my questions. ("No you don't have a dog.")

I then spend some time with the grade 7s - again beginning with "Canada" although their questions are a bit more sophisticated.  What kinds of sports? (What no cricket!) When do you have Christmas? (In the winter!) Do you eat lobster? (We would put it in the trash!) When you go to the toilet on the airplane does it fall from the sky? (Kids are kids everywhere!)

I distributed some sparkly stickers and Canadian flag temporary tattoos for the students. 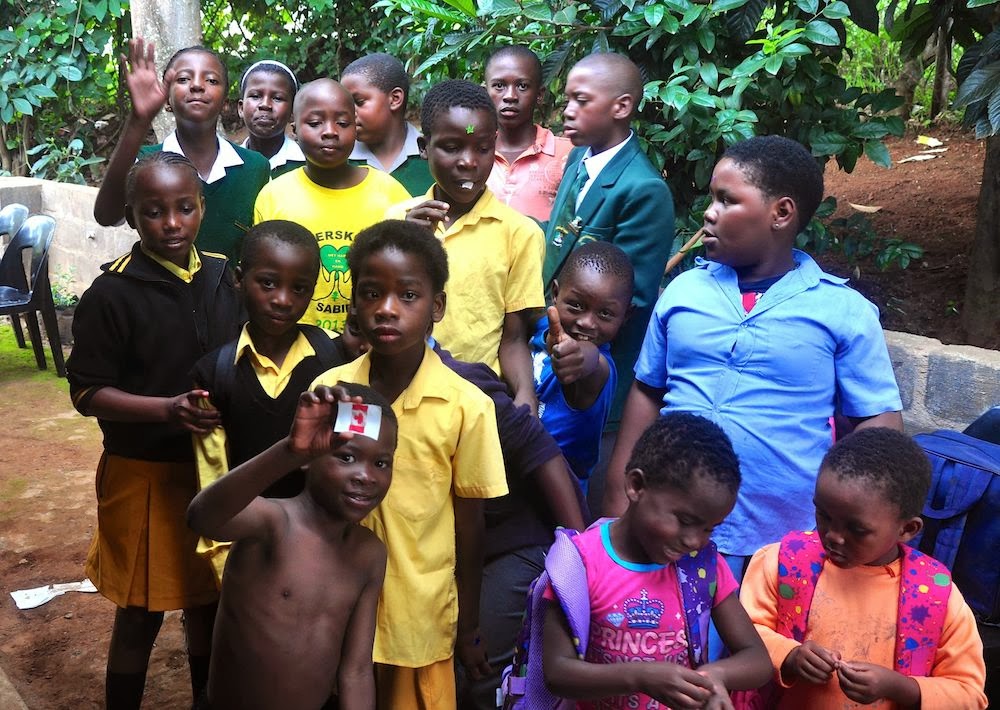 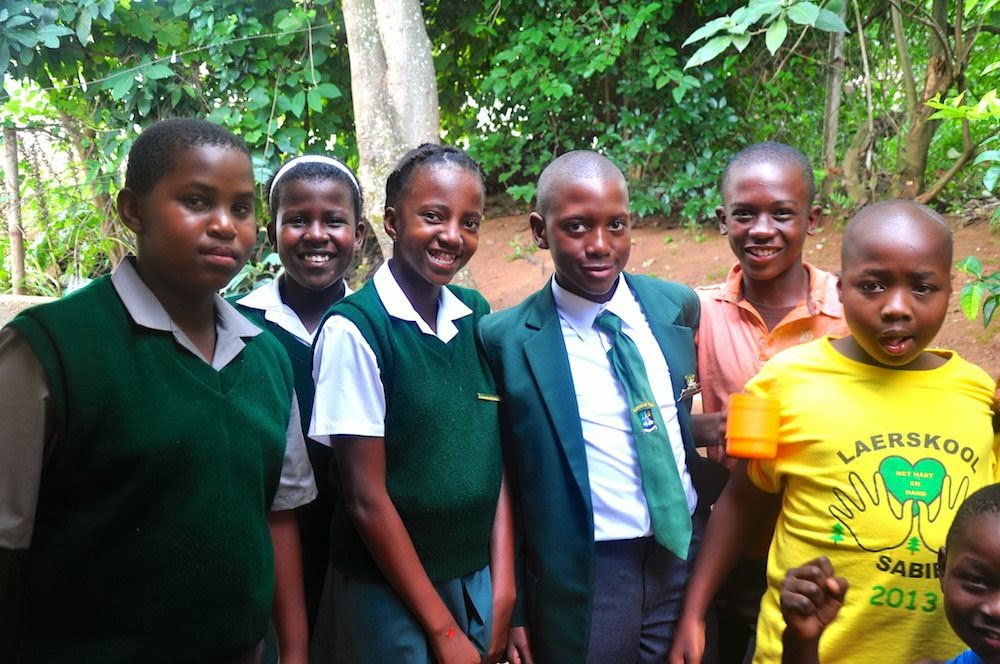 Some invisible signal causes them to start packing up their books and heading for home around 5:00.  Some have extremely heavy packs with several texts, workbooks and notebooks.  I'm surprised to learn that in SA students must purchase their texts, buy uniforms AND pay school fees.  School fees at one school that Miriam and Vicky are hoping to send the girls to costs about $220/month CDN. Yes there are provisions for those with limited funds but it is generally expected that parents will pay.  Uniforms are expected to be kept clean and orderly.  Vicky asked me later that evening if I'd noticed that the one little boy's shirt had some ragged edges - the shack they live in is rat infested (I hadn't noticed).

Rethea is a psychologist (one of the few in the whole province) who has opened up her home to Vicky and Miriam (and the 3 girls). Despite recently undergoing an operation and being in a back/neck brace she was kind enough to invite us to her beautiful home overlooking the Sabie valley for dinner. So after Vicky and Miriam took a bakkie load of kids home, distributed soup themselves, then took a potful to Harmony Hill where a gogo has offered to distribute it from her home, we eventually sat down to a wonderful meal.  The girls were tended to and eventually headed off to bed. 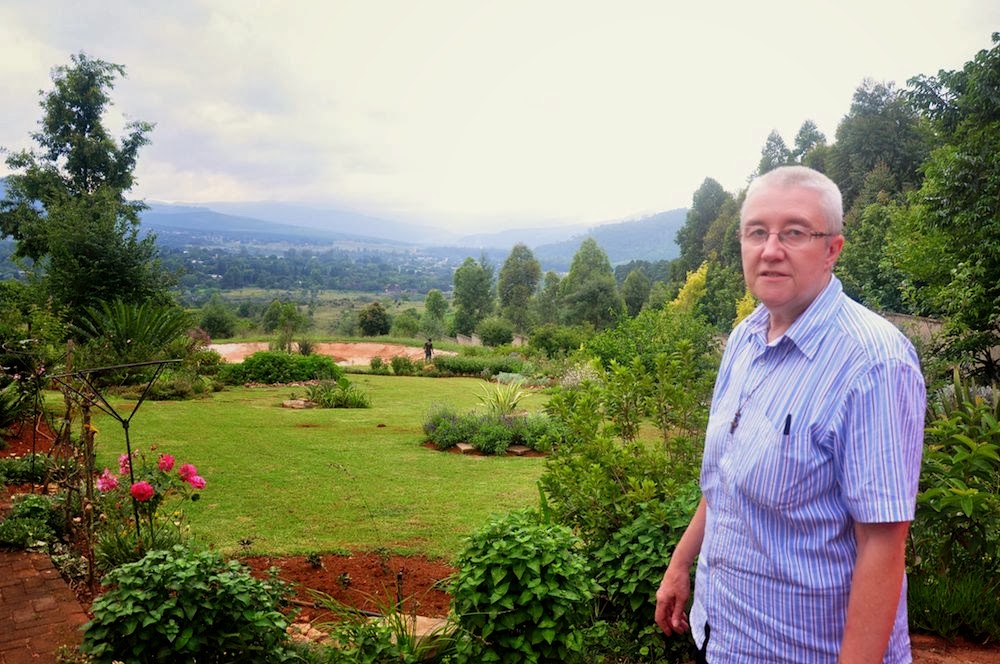 After expressing our gratitude we returned to the lovely Graskop Hotel (each room is decorated by an artist) but I'm sure that Vicky and Miriam had various duties to complete before their day was done. Even though their faith is strong, it's hard to know how they keep going when faced with roadblocks from so many directions. But then you see little Omphemetse, Onthatile and Tshepiso and you know that what they are doing will eventually pay off great dividends in the lives of both the gogos and the children that come within their circle and beyond. 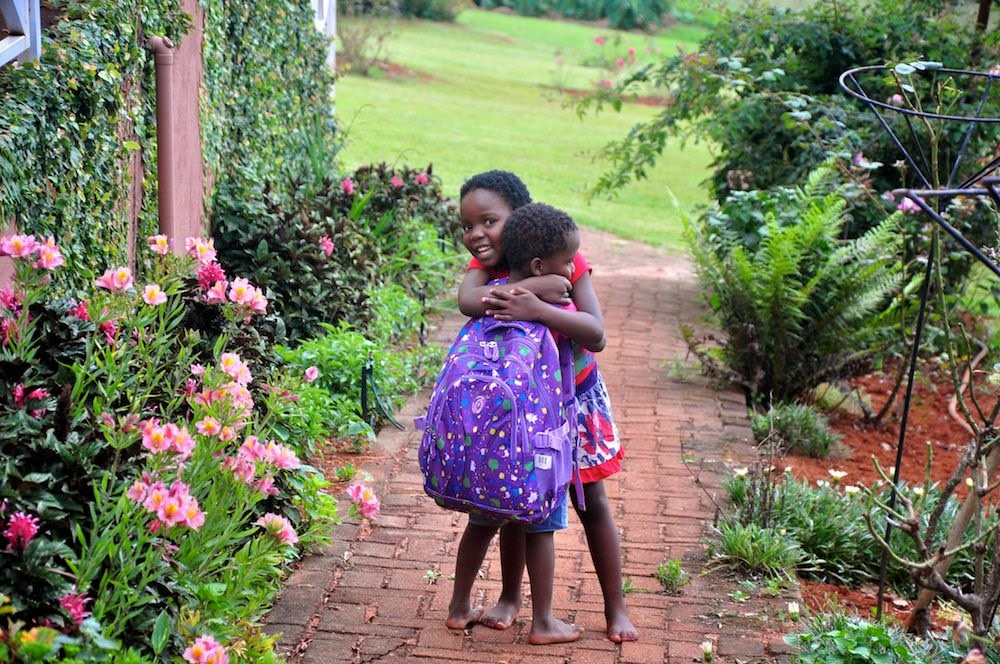 This is the 'ripple' effect (thanks Shirley) that also starts with the Vernon Grannies who work hard to provide support to the Sabie Gogos.  We're making a difference!
And thanks to my family (Ross, Scott, Sam) who accompanied me and supported me on this journey.
at January 18, 2014

Oh, Lynne, thanks for describing your day in Sabie so beautifully! You allowed us to be there.

I was hanging on your every word here, Lynn. This is such a valuable and descriptive account! This after-school project of Vicky and Myriam’s is one that I really want to see take flight. To that end, when I was in Johannesburg on Wed, I had dinner with Samuel Fenyane (whose story I told at our Jan. Grannies mtg). He works for the largest teachers union, is currently gathering research data on rural schools, and I arranged for him to come and meet with Vicky & Myriam in the next few weeks.

(If that one day there left you exhausted and exhilarated, I wonder how I am going to fare spending four weeks there?! I’m in Durban now and will get to Sabie toward the end of next week.)

You write with such detail that it really makes your posts come alive!

Thanks for sharing Mom!