Two years ago I blogged about my visit to Sabie, where I met my letter writing partner from the group I belong to, Grannies a Gogo. Reading about my visit here will give you some background to this post.

This year, during our visit to South Africa, I was determined to visit Sabie after the Christmas holidays (which extend from early Dec to mid-January) so I could meet the entire group of Gogos as well as the two administrators of the funds we send. Miriam and Vicky are boh retired women who decided several years ago that they needed to be involved in helping disadvantaged people. They did some research, happened upon the Grannies a Gogo website and made contact. Shortly after, they moved to Sabie and began working with the gogos and subsequently took over the administration of the funds after Ginny left. (Read their story here.)

On Thursday, I spent the day with Miriam and Vicky, a day that left me exhausted, exhilarated, amazed, bewildered, saddened, horrified and, not least of all, hopeful. I’m sure there are countless amazing people in the world, but I consider myself fortunate that I was able to spend the day with two who are truly making a difference.

Vicky and Miriam beside the 'bakkie' (pr. bucky) used for everything from transporting soup in the township to taking the sick to the hospital: 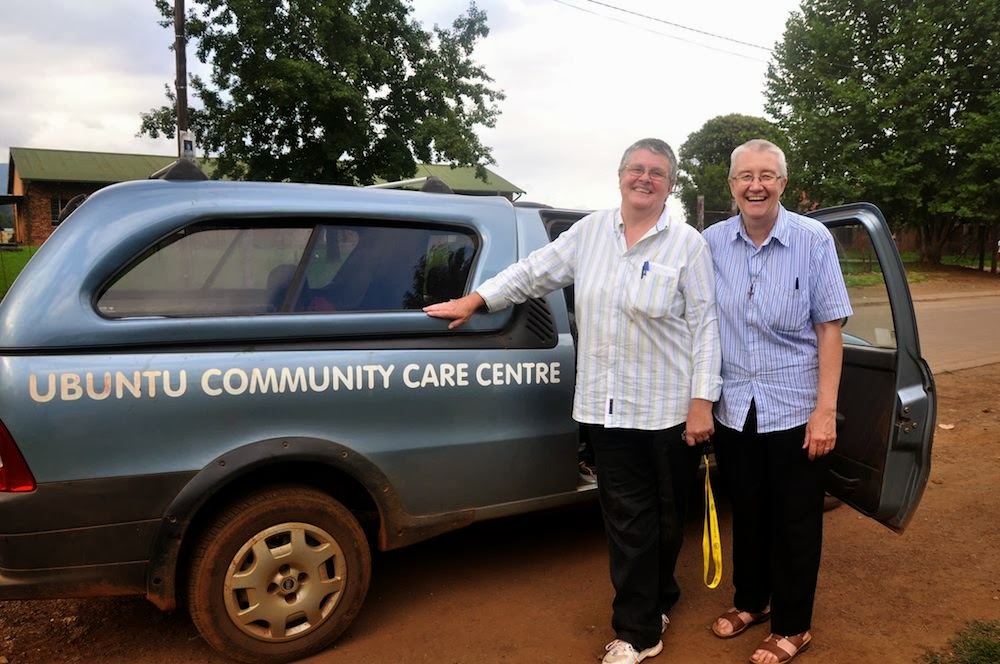 We arrived at the centre just as the gogos were starting to arrive. Most Thursdays they have physical activities but today, I was the special attraction (yikes). Some of the gogos began work on the garden which had overgrown during the Christmas holidays, others began work on the lunch and others socialized. I set up the projector to display the video I had brought from Vernon describing some of our fund raising activities, describing our process along with personal greetings from some Vernon Grannies to their letter writing partners. Meanwhile, Martina, my writing partner, kept a log of money collected - each gogo donates R2/month (about $0.20) to go towards funeral costs that might arise.  Funerals in South Africa are very frequent and very costly.  It’s important to put on a lavish spread for all in the community to enjoy lest one gets shunned.  AIDS is extremely prevalent but very much denied, despite extensive education.  Deaths are attributed to ‘TB’ or ‘meningitis’ but 'sickness' is caused by witchcraft.

Martina, me, her friend: 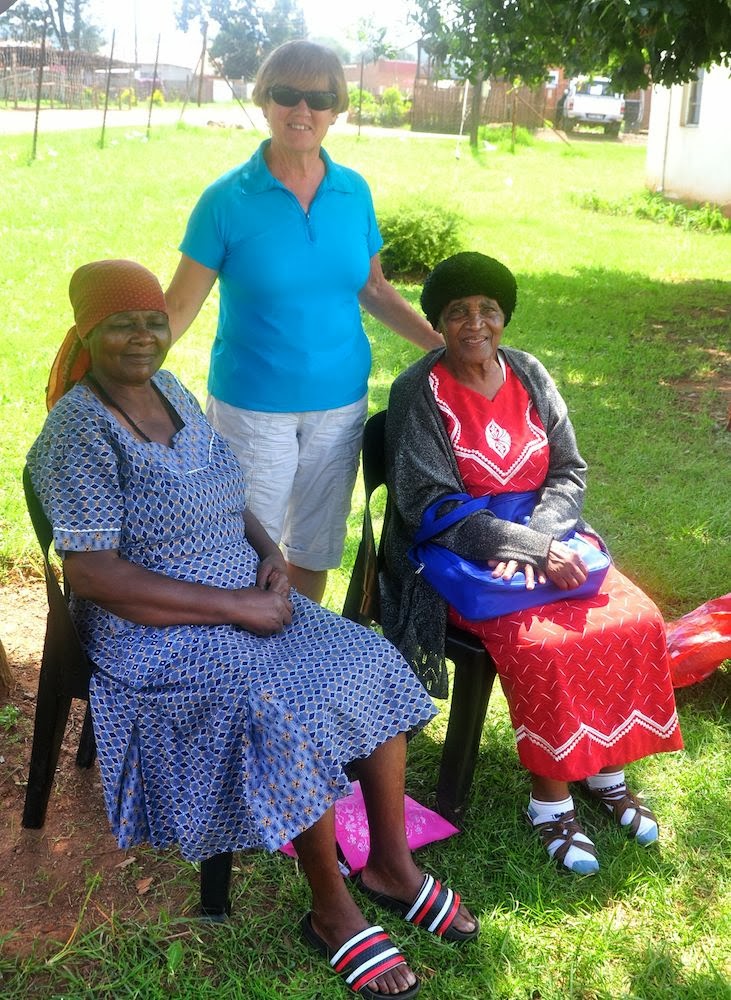 Meanwhile, prior to coming to the centre, Vicky and Miriam had started the day very early. They are currently caring for 3 young girls, 2 4-yr olds and an 18 month old that have basically been abandoned by their parents. They would have had to get the two older girls off to pre-school, provide rides to school for others and do various other duties related to helping families and getting students ready for the day. School starts shortly after 7 am.  And despite having a very weak start, the 3 girls, under Miriam and Vicky’s care, appear to be happy, healthy, curious and mischievous! 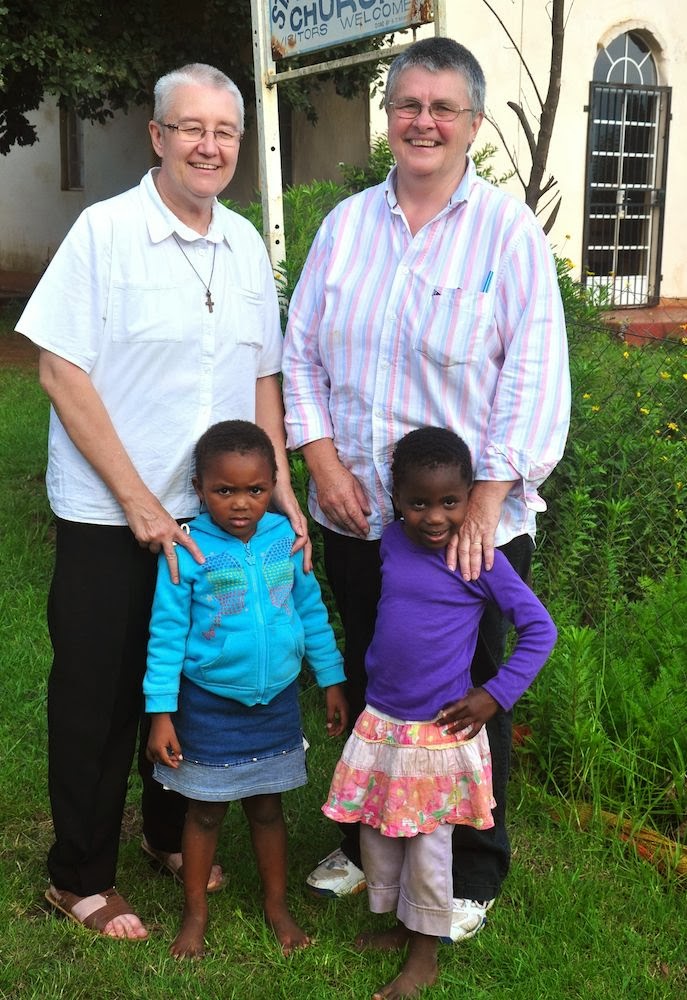 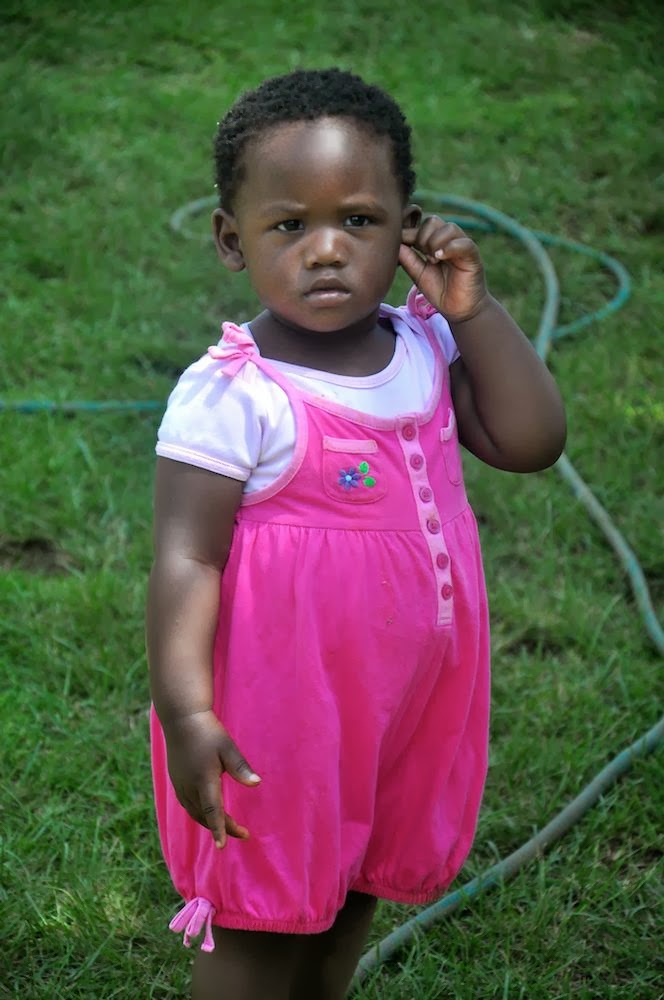 Back at the centre, after I’d done my presentation, responded to questions from the gogos (much of which consisted of thanks and appreciation) they started setting up lunch.  Meanwhile Vicky had gone off to meet with some school officials to try to convince them that 2 young men, who recently passed their matric (graduated) with about 35% (the grade needed to pass), should be allowed to take the course again in order to improve their grades.  These 2 have been coming to the centre to work on their studies and the school won’t allow them to retake the course.  This seems unreasonable but in light of the fact that the schools can hardly deal with the pupils they have one can understand why they don’t want to take on students that have already ‘passed’. With their low grades they won’t have the opportunity for post-secondary. I asked them if they wanted to go to university and yes, one wanted to be a bio-chemist and the other a survey geologist. I wished them luck!

Vicky and Miriam have begun purchasing bulk food supplies at a reduced cost and reselling them to the gogos so Miriam was meeting individually with each gogo. One gogo, in despair explained that she had no money despite the fact that she recently should have received her pension.  She had gone to the bank to withdraw her pension but was told it had already been withdrawn.  The account showed that the automatic deposit was made at 12:00 am and withdrawn at 12:14 am. This made no sense so Miriam made a phone call to the head of the nearby bank, who they had recently met. Other phone calls were made but by the end of the day there was no resolution.  Although Miriam supplied her with a bag of food for the month, her despair was evident. She was facing the whole month, supporting one grandchild, with nothing. (Fraud/theft among bank employees is not unheard of.) 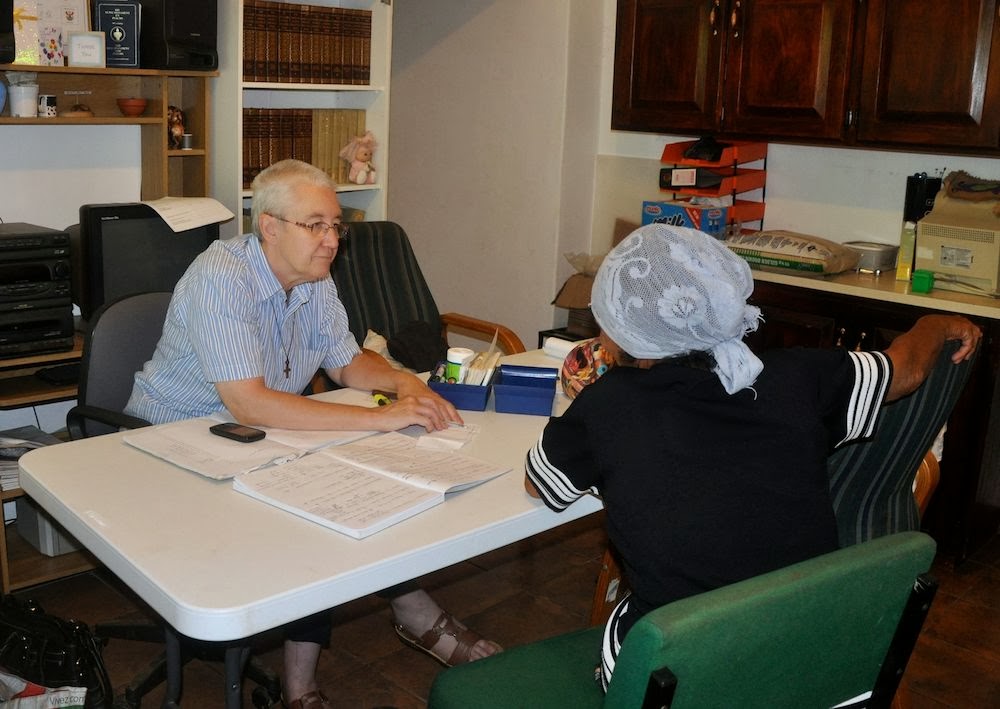 The gogos dishes were washed up, stored, I gave one last hug to Martina as the gogos made their way home.  Martina presented me with some beading she had done, a necklace and bracelet that I put on.  Only later in the afternoon (to my mock horror) did the school children inform me that the necklace was in fact headwear and I was to put it on and wear it “like the Zulus do”.

The gogos had barely gone when the the school kids started arriving (around 1:30).  Vicky and Miriam have started an after school program to help students with their studies.  Most of the schools are ill-equipped to deal with the number of students, lack of resources, poor-training, and social problems that hinder learning. The after school program is vital if any of them are to succeed. As well, many of the parents won't be home from work until late, perhaps as late as 10 pm.

Despite the hardship created for some by requiring the parents to buy uniforms, the children do look fabulous! Of course it is only the 2nd day of school. 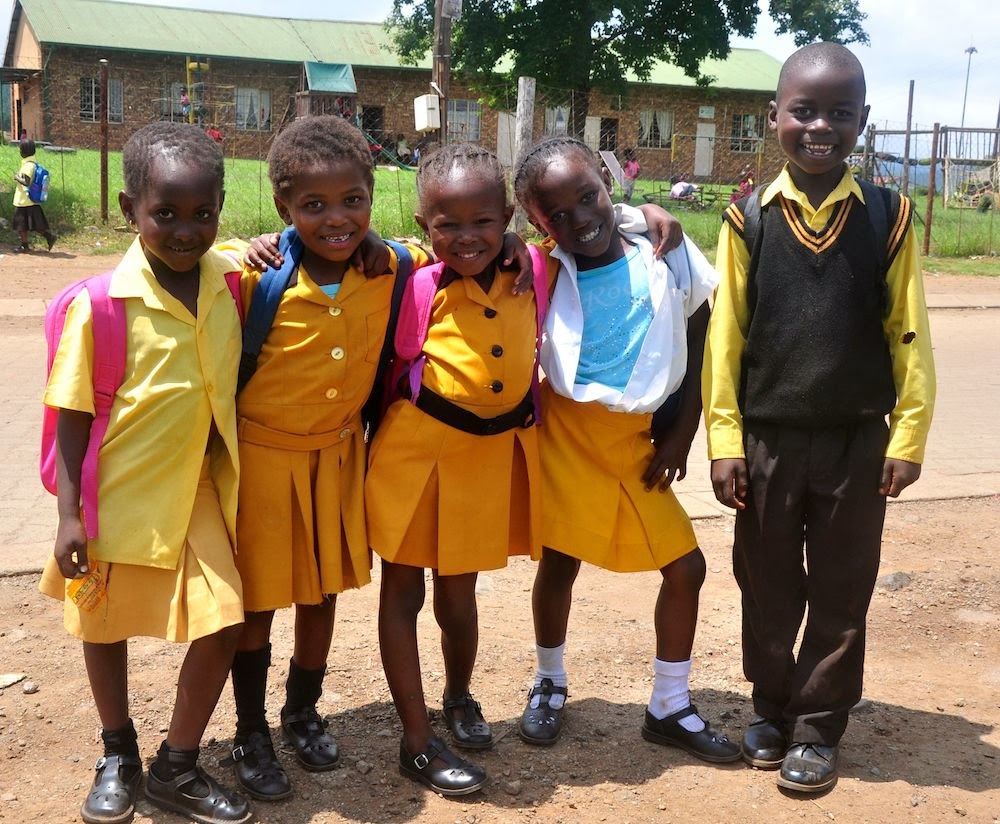 They've already accomplished much - but Miriam and Vicky's day has barely begun and they're not slowing. They are strong and determined.  They help where they can but won't be taken advantage of.  (The rest of the day? I'll have to make another post.)

Lynn, I am so happy you managed to get to Simile while the Gogos were in session and were able to see a slice of their lives in one day. Excellent report, giving insight into some daunting issues and the highlighting the dedication of Vicky and Myriam!
Really looking forward to part two which I’m guessing will include the Homework Program and your perceptions through your teacher’s eyes.