Although South Africa has 11 official languages (only! 2 in Canada) the predominant language for white South Africans is Afrikaans.  It's rare that we're in a public place that we hear English spoken although it's the most common language as everyone speaks it to some extent. It's surprising to find that some road and retail signs are only in Afrikaans. To my unschooled ear it sounds much like German, although it has its roots in Dutch. Among blacks, Zulu is spoken by most and it would probably be quite uncommon for South Africans to not speak 2 or 3 languages.  This kind of thing always makes me feel a bit inferior.


We're spending a few days in Knysna (nize-nuh) which is built around a very large lagoon separated from the ocean by a small opening.  Our lodge is on a small island in the middle of the lagoon which is obviously a haven for water sports.  From our window we've seen kayaks, catamarans, paddle boarders, boaters, fishermen, sailboats, cruise boats, etc. but unfortunately we've encountered some rainy weather which has dampened our activity slightly. We did manage a short bike ride earlier this morning though :)

Knysna used to be the location of some very large elephant herds which dwindled to about 20 in the 1920s due to hunting. It's believed that 3 still remain although the last sighting was in 2011. Yesterday we visited an elephant sanctuary and had a chance to walk with (meaning you hold their trunk), touch (the hide on their legs is much softer than on their sides), and feed (pieces of butternut deftly sucked up by their trunks and tossed in their giant mouths). 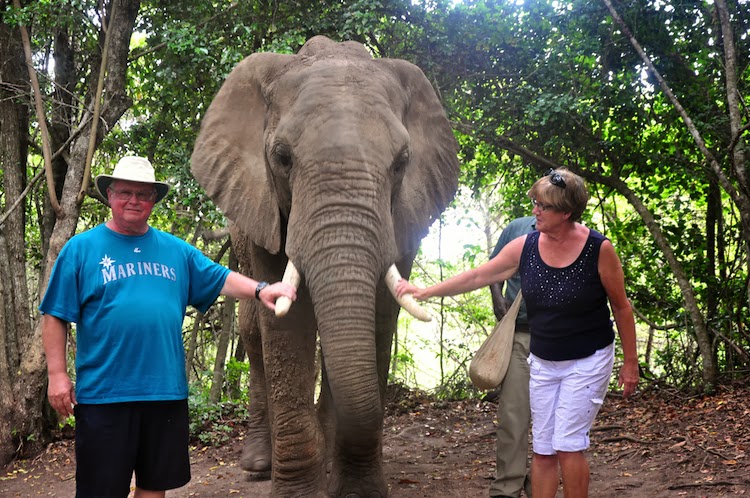 Did you know that elephants only absorb 40% of what they eat?  That's why they need to go to the toilet every 26 minutes! (And why so much of it is left on the ground afterwards.) 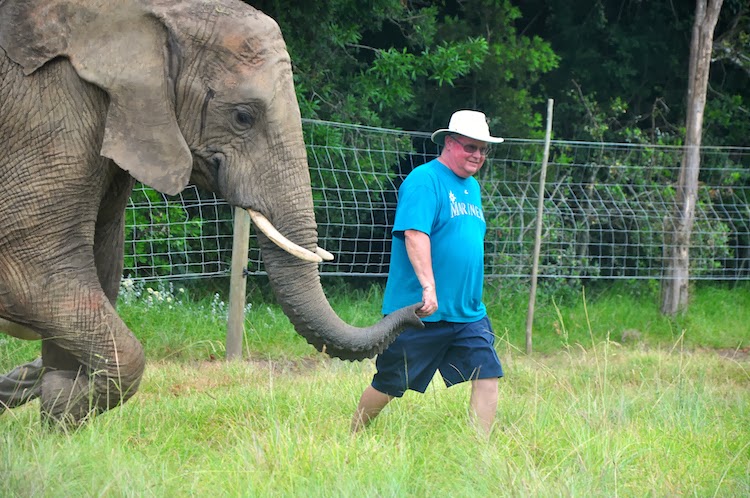 Elephant tusks continue to grow their whole lives. One elephant in the sanctuary had no tusks due to a birth defect.  They eat 21 hours/day. They go in the water when it's cold, and the mud when it's hot. 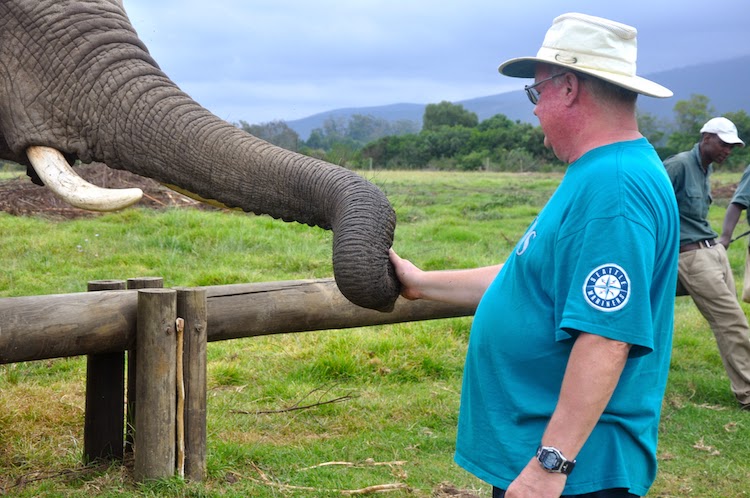 The sanctuary has only 5 elephants, 4 females and one young male.  They hope to have more as soon as the male gets a bit older.  It takes 21 months of gestation before the baby is born, then it takes 1 minute to deliver, due to gravity and the need for protection against predators. No laying around waiting in labour for this mother!
at January 06, 2014

Sawubona, Lynn & Ross! Hope you’ve been practicing your Zulu greeting. I used to love listening to conversations where two people would flip from Afrikaans to English and back again in the middle of a sentence. I asked why they did that and was told that certain concepts or phrases were more descriptive in one language or the other.
Elephants – I just love them. Thanks for the fun facts.