I wouldn't say that the Sistine Chapel was the only reason I came to Italy but it was certainly up there on my list.  Our tour started at 7:30 am and we entered the Vatican about 8:00 'before the public'.  By the time we made our way through to the Chapel there were actually quite a few people there - but not as crowded as it would get later.  According to our guide, to see everything in the Vatican Museum would take 7 days at 7 hours per day and our guide did her best to show us as much as possible in the 3 hours we were there. Much of the time we just got a quick glimpse of the tapestries, sculptures, relics, paintings as we moved to another section of the museum.

Here are 2 photos of random ceilings along the way: 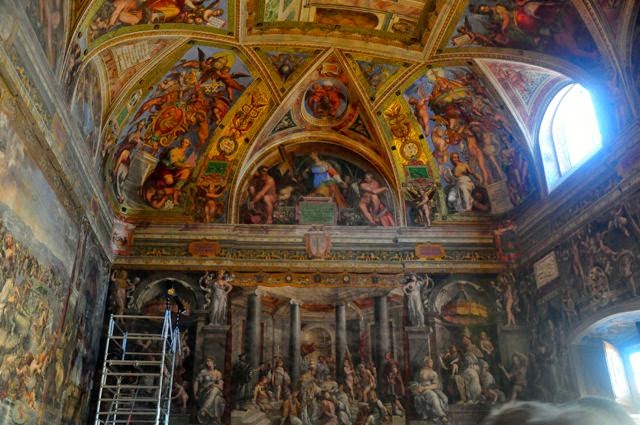 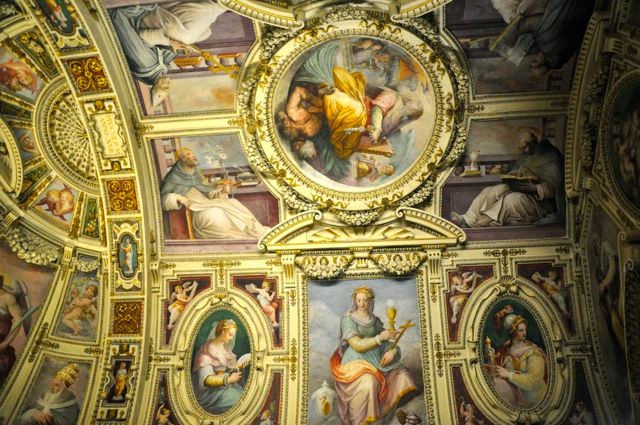 In the 1980s the ceiling of the Sistine Chapel was restored but since the Vatican didn't have enough money for the restoration (?) the Japanese came up with the 4 million euro necessary.  As part of the deal the copyright for Michelangelo's masterpiece was retained by Japanese TV and no photos are allowed. Of course we had originally thought it might have to do with preserving the artwork!

St. Peter's Basilica is (perhaps) the largest in the world and holds up to 50,000+ people.  It covers over 5 acres. The top of the dome, designed by Michelangelo, is over 400 ft from the floor. A lot of the columns and artwork found here were actually taken from other sites and "repurposed" here. I found it amazing, not so much for it's religious significance, but more for the intricate tile floors, mosaic artwork, Michelangelo's sculptures, etc.  A magnificent place! The whole Vatican museum is more like an art gallery than a church.

A photo can't do justice to the scale and beauty of this place: 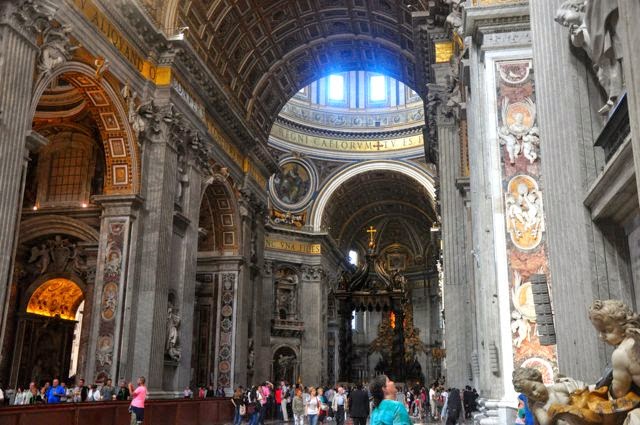