. . . rain.  On our last morning in Florence we were awakened by a very loud thunder and rain storm.  That was the morning we took the train to Siena, rented a car and stayed one night at Montepulciano.  The walled village is a series of relatively steep hills and the rain stopped just long enough for us to walk up and down a few. The next day, near Cortona, was our scheduled cooking class.  We met our teacher Rita in town for coffee and pastries, during a downpour, and decided on a menu for the day. Then we went to the little village shops to get our vegetables, bread, chicken, etc.

The only complaint about the cooking class was the over abundance of food - we had enough leftovers for several days but unfortunately no way to keep them (except for Alanna's biscotti of course). First we prepared several dishes for lunch - rice stuffed tomatoes, eggplant topped with pesto, tomato and cheese, zucchini blossoms stuffed 3 different ways, bruschetta topped with either chicken livers (negative reviews on that one) or eggplant/onion/garlic, large variety of meats and the local sheep cheese (peccarino). And everything either fried in, brushed with or topped with copious quantities of olive oil, some of produced on the farm of the teacher. We barely finished eating lunch when we began making 2 types of pasta - the local specialty - pici (pr. peechee) - which is hand rolled, and chard/ricotta filled ravioli. The pici was topped with a zucchini carbonara and the ravioli with a puréed tomato sauce that we had made first thing and had simmered all day (hint: never boil it). The third course was chicken scaloppine with lemon sauce and we finished with a lovely tiramisu that had also been chilling since morning (and the biscotti). There were only the 4 of us so you can imagine why there was so much leftover. It was a long, but satisfying day - we all learned lots.

Garry cutting up the ravioli he's just made: 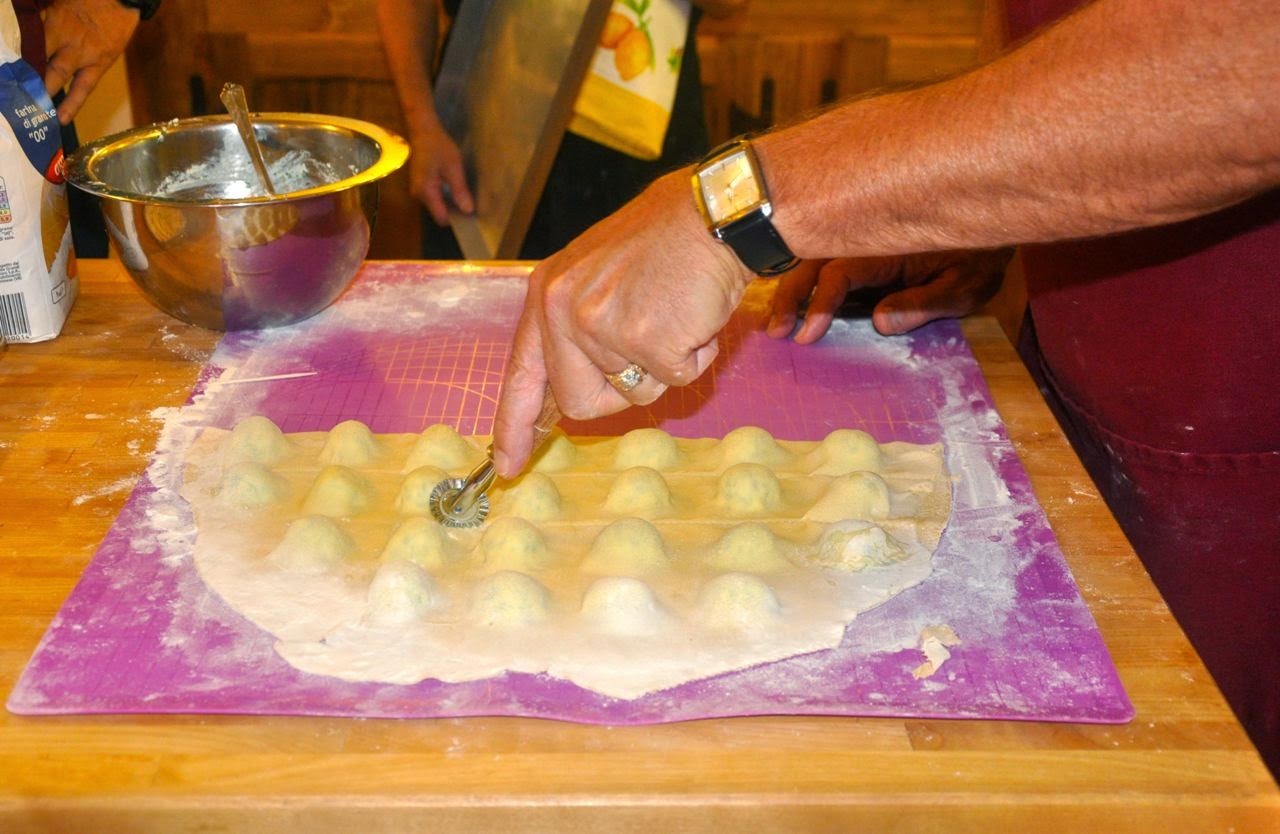 The next day poured as we drove through what we could only imagine was the scenic Tuscan countryside. We found one of the famous thermal hot springs (Rapolano) and spent a few hours soaking in the sulphur pools before we ended up in our destination of San Gimignano - (another) beautiful medieval village - just as the sun finally came through.

Ponte Vecchio in Florence - the only bridge Hitler didn't bomb in WW2 - presumably because of his appreciation for the art work housed on the top. 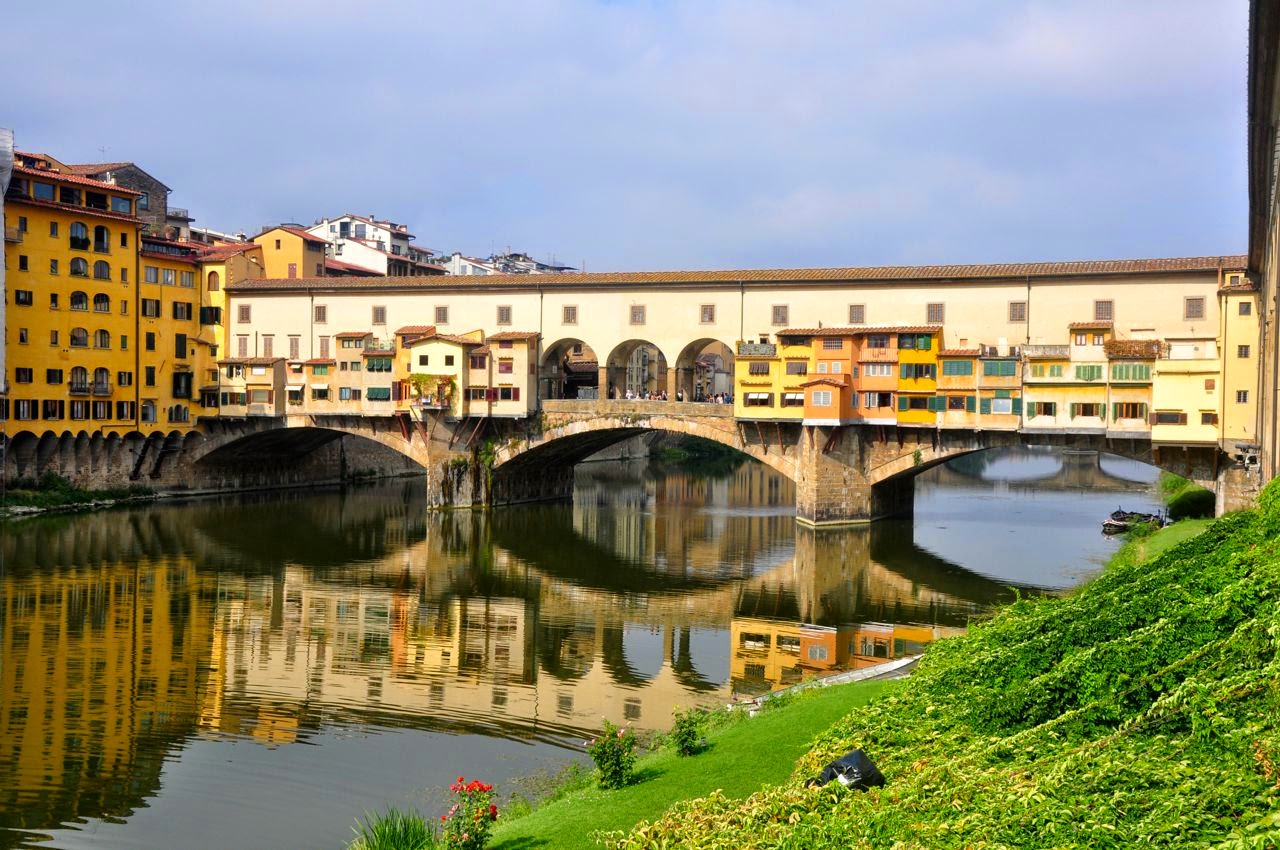 I'd have to say that of all the big cities Florence has been my favourite - the beautiful renaissance architecture, Michelangelo's David and the huge Boboli gardens all contribute to its beauty. 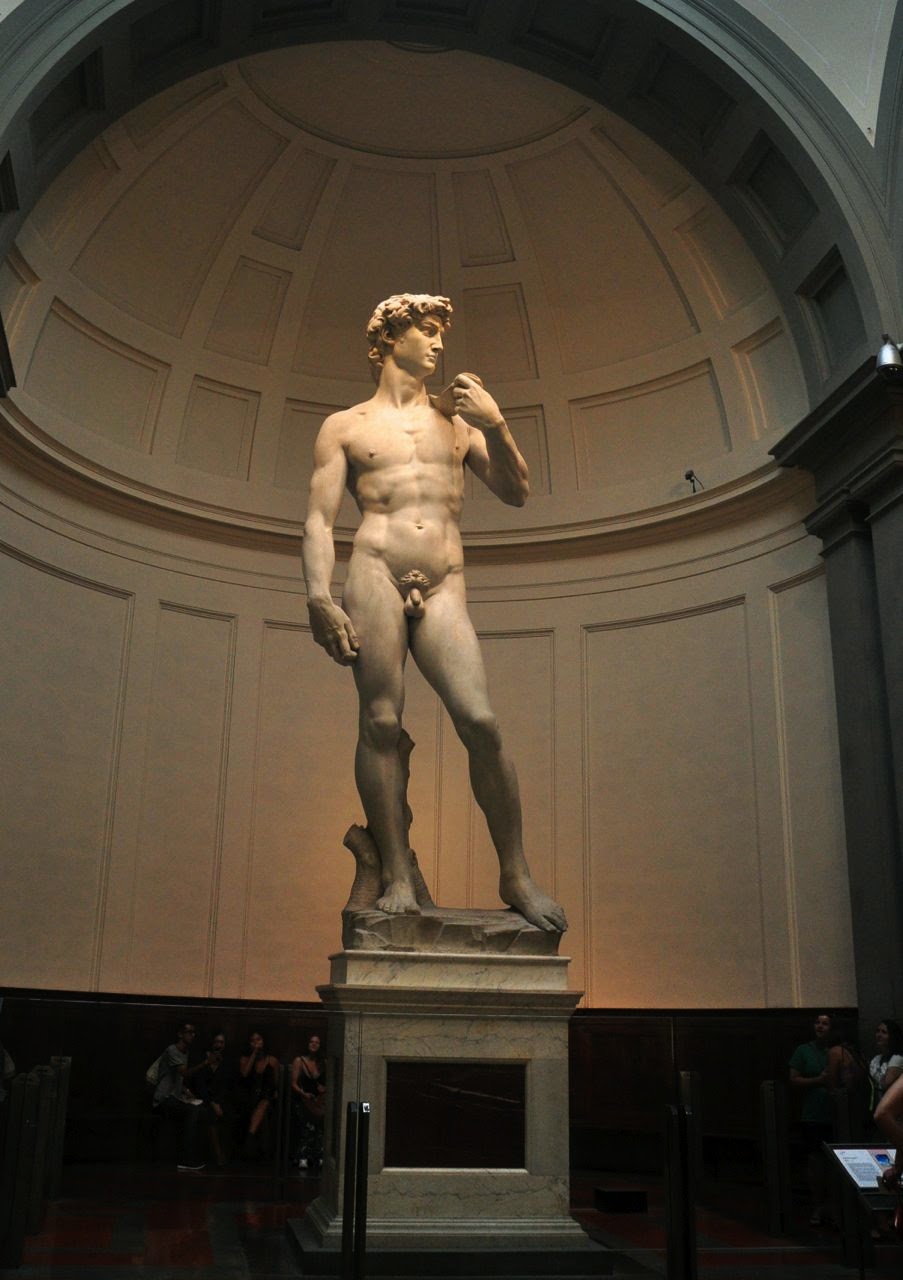 Everywhere we've gone we've remarked that it would be nice to stay there longer, although I think the 4 of us agree that Tuscany tops the list.

The view from our apartment in San Gimignano - the hills are beautifully manicured. 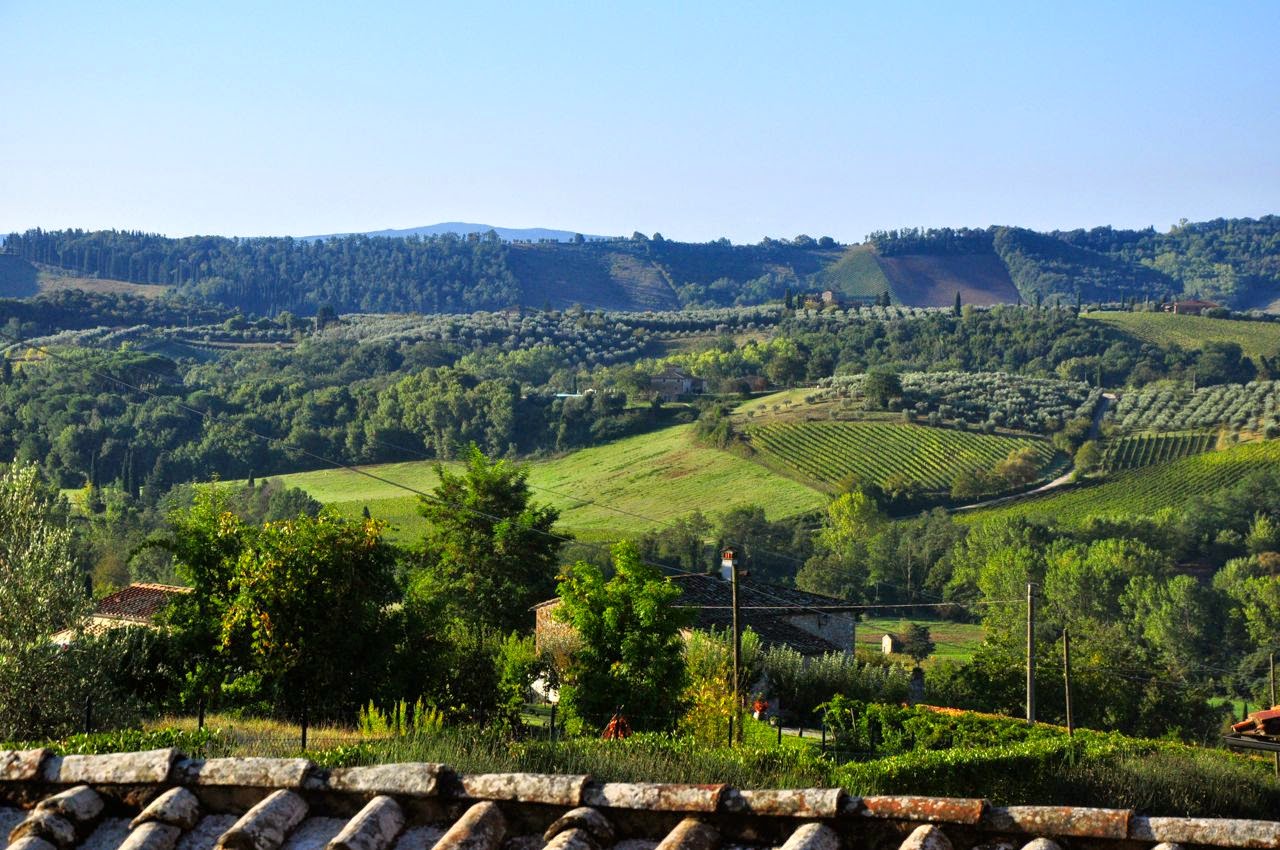 Agree with you, Lynn, about Florence. My favourite too. Also loved Siena.
Pedro

Have you made it to Lucca yet? Loved Lucca! If you get there be sure to bike the old walls and if you can find it eat at Osteria San Georgio, so good we went 2 nights in a row.

hope we get to try your new cooking recipes.

What is the duration of your trip in total? When did you start? When do you come home?

EA
We did bike the walls at Lucca and enjoyed the change from walking so much! Also there was some kind of garden fair taking place on part of the wall so we had to contend with huge crowds of people but it was great.
Colleen
We're here for a total of 17 days - 2 more nights before we're back to Canada.