Yesterday we headed in to Denpasar, the capital of the province of Bali. It's quite a large city, but it seemed to be much more open with large boulevards and open areas.  No buildings over 4 stories. Our main destination was the public market as well as the fabric stores.

The public market is similar to Granville Island Market, except make it 4 stories (including a basement) and put twice as many stalls on each floor, plus add a few cockroaches and mice. 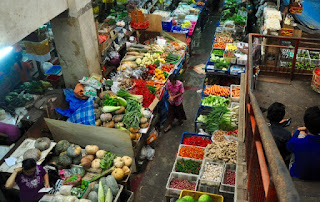 Here you could buy and kind of vegetable, fruit, spice, flowers, fish, chicken alive or dead. No 'food safe' rules here that's for sure! 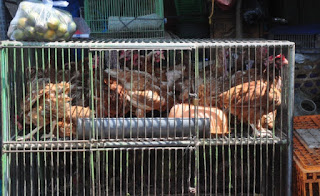 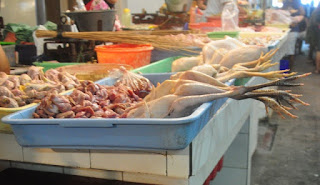 The half spheres in the middle of the photo are brown sugar. 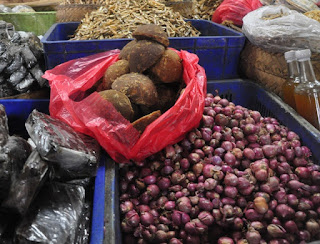 Imagine a street about 2 blocks long and all it has are fabric stores, one after the other. That's where a large portion of our group members spent their time, selecting fabric to be custom made into shirts, dresses, etc. 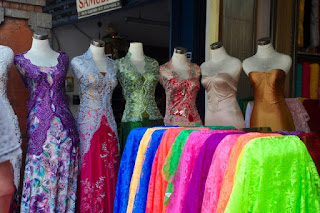 Then just as we were heading back to our bus we heard a loud CRACK, looked back and a tree had broken off and fallen down onto the sidewalk we were just on. The tree wasn't rotten, but our guide thought it could have been caused by termites. It only knocked one scooter driver off his bike. 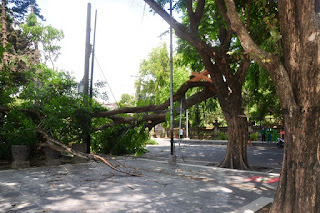 Today we visited some local villages, each with an art specialty. For example, one village for batik, one for silver making and one for wood carving. All the quality is exceptional and the prices were pretty good - better if you know how to bargain, which I apparently don't. 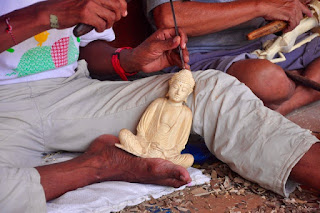 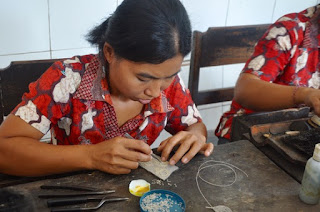 We also had a presentation of music/dance this morning - the Barong Dance which tells a story of good/evil and included monkeys, witches, boars, some mythical creatures and a few humans who all tried to commit suicide in the end.  All very interesting. 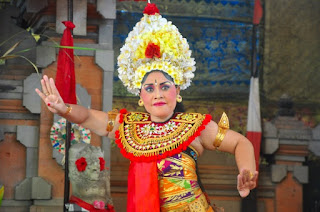 Again it was accompanied by a Gamelan orchestra but today there was an additional instrument - the rebab - which is a two stringed bowed instrument. 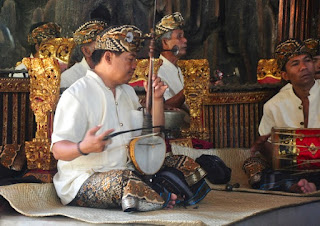 Lynn, are you on a "tour" or are you just doing this on your own? I love bargaining, because I know I don't need any of the items so I can walk away It was fun in China but I ended up bringing home some stuff I didn't need because it was such a bargain!

Great buying strategy Dorothy - only do it with stuff you don't need! Fortunately, I have very little extra space in my suitcase so I'm using that as an excuse mostly.

We are on a tour - organized by a friend of mine. There are 19 of us, mostly from Vernon and mostly retired teachers. There are quite a few organized activities, but lots of optional activities and free time so it's working well for everyone.

Fabric stores?! Do you think I would enjoy that?? Lol you guys would definitely not have the patience for me haha

What you really would have liked, Alanna was selecting the fabric and then having it custom made into a dress or blouse which most of the other ladies did, quite inexpensively.