As I started researching our trip it became apparent that a visit to Cairns was not only on the 'approved' list (people who had been here nodded approvingly when I mentioned it) but that the trip must include some version of a reef adventure.

The Great Barrier Reef is 2300 km long and is the "world's biggest single structure made by living organisms" (Wikipedia). Our trip took us about 40 km offshore to Michaelmas Cay and Hastings Reef which is on the outer reef. The pictures below speak for themselves - there was also an immense variety of corals of different shapes, sizes, colours and textures which are difficult to photograph.

This one was almost transparent: 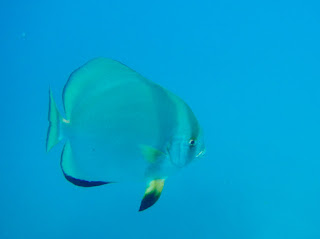 I was often surrounded by schools of large fish. A bit unnerving at first. They didn't seem bothered by me. 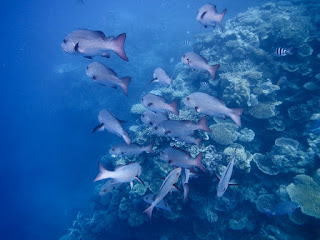 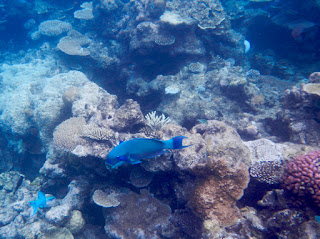 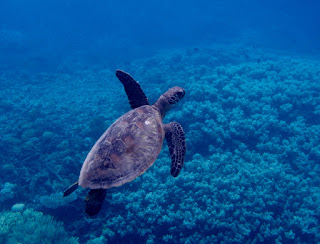 HUGE (1 m across) giant clam hiding among the coral: 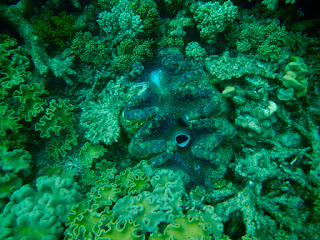 No idea who this guy is but he's kind of funny looking: 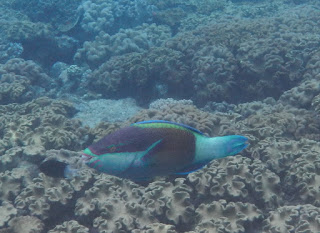 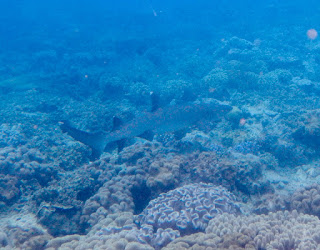 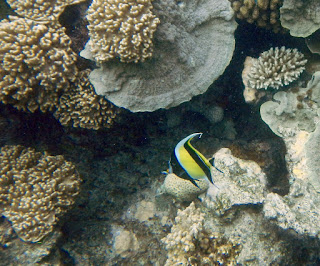 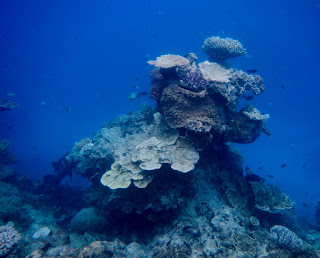 Not fish. But fishy looking characters at the end of the trip. 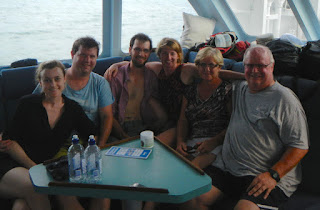 Technically I don't have a bucket list. But if I did, snorkelling on the Great Barrier Reef definitely should have been on it!

[Note:  My camera is a Nikon Coolpix AW100 - not super great but does the job. Underwater pictures are difficult to get - the subjects don't want to stay still and the camera and photographer are subject to wave action.]
at December 13, 2015