Seeing so many animals on a safari makes you kind of take them for granted but it really is amazing to see something like this herd of impala - probably 200 of them - trying to block the road in front of our truck. From a short distance away they really blend in to the surrounding terrain. 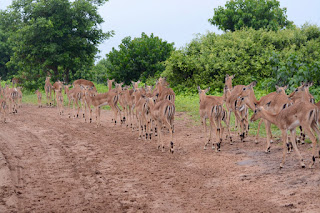 It had been raining heavily and if you can see the ruts in the road you'll know why we were happy we weren't driving our own car! 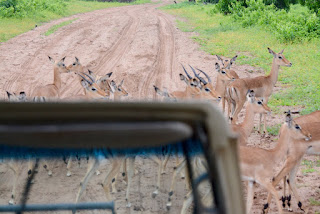 Zebras are my favourite animals to photograph - it's like they've been ready all day just waiting to have their picture taken. 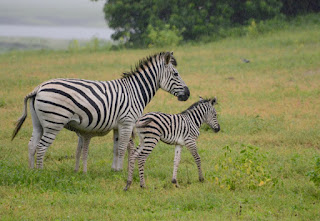 There was a group of about 50+ marabou and vultures obviously having a feast on something very tasty that we couldn't see. Whatever the lions left them I suppose. Marabou storks are also known as undertaker birds and they look quite pitiful standing around with their black cloaks. 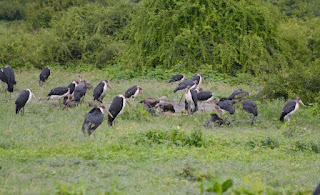 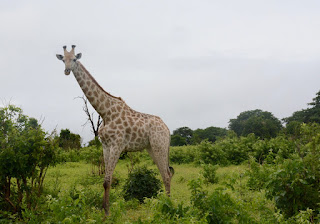 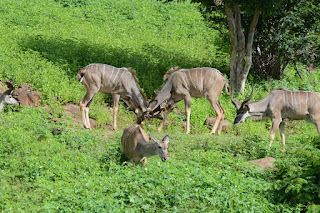 Elephants and other animals frequently come down to the river but not so much when it's been raining. 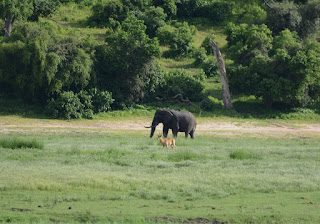 Scott was careful not to get too much of a close up - he really needs to get a telephoto lens! 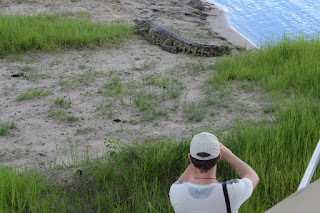 This beautiful bird (ground hornbill) appeared at the side of the highway - it was about a meter tall. 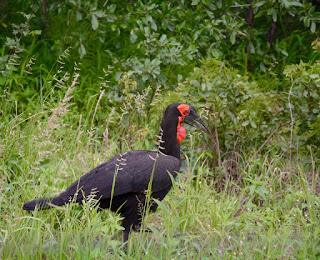 Outside our hotel in Victoria Falls these 2 young warthogs were also having a tussle. 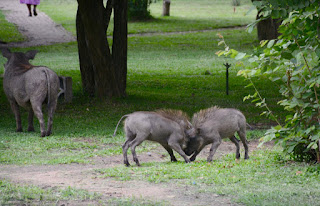 To say there were hippos are far as the eye could see might be a slight exaggeration but not far off. Lots of families with young ones. 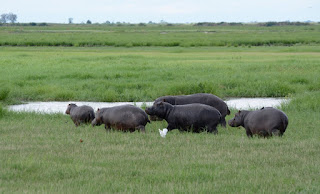 Chobe Safari Lodge from the river. We stayed 2 nights there. 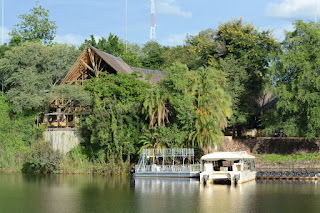 Unknown said...
This comment has been removed by a blog administrator.
11:12 AM