Windy City - and it's not Chicago

Actually it's Wellington. And not just windy but a bit chilly too. We've had to do quite a bit of bundling up in our woolies since we got here. I guess those shorts I packed aren't going to see much use.

Of course, Wellington, the capital of New Zealand, is a port city. Unfortunately, the last big earthquake in November 2016 damaged a lot of the wharf area and cranes so the large ships aren't able to come in to the port at the moment. At 7.8 it was the 2nd largest earthquake to hit NZ.

There are a few interesting things to do in Wellington and I think we did most of them. Up the cable car to the top of the hill where you get a good view of the bay. 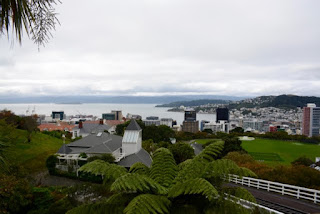 Wandered back down through the fabulous botanical garden where we spotted this lovely toadstool. 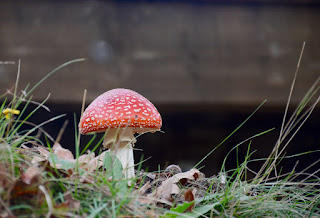 Visited the local museum that had an impressive display of Gallipoli - a long fought battle by the New Zealand army in WW1. They had a lot of huge replicas of soldiers and scenes, created by Peter Jackson's (think LOTR) Weta studio. A bit depressing especially when you consider we haven't learned much from the past.

There was also a lot of the Maori culture on display. I'm quite amazed at the strong presence of the Maori in this part of NZ. One of the large waka (boats) that held about 80 paddlers. 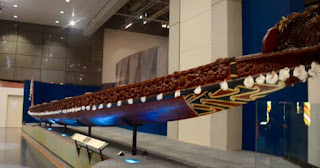 The wine tour out to Martinborough was a full day adventure and required a train and a bus. At the first winery we tasted about 8 different wines then went to a very small winery where we tasted about 5. They produce about 10,000 bottles a year (just a bit more than Ross and I can drink) and the winemaker was quite the joker. The grapes had just been harvested and this picture shows the open top fermentation process. 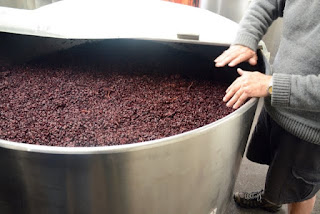 After a fabulous lunch of locally sourced items, we went to another rather large winery for about 5 more tastings. There was one more winery after that but I can't remember what it was or how much we drank!

I'm not sure why this chart was on the wall: 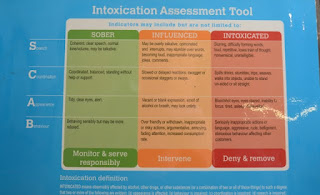 The wine industry here is relatively small - about 20-30 years old and most of the wines ranged from $25-60/bottle. A few fortified wines which I'm sure Ross would love. 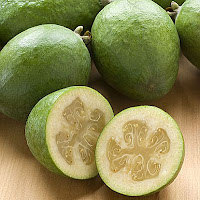 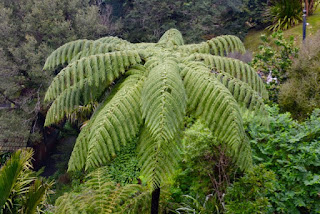 Off to Auckland for the opening ceremonies tomorrow!