Truth be told, we might not be here except for the humorous name. I was looking for a place to stay along the sea - perhaps a small Spanish town - and this one seemed to fit the bill. When we arrived it seemed like we had found our way to a quiet spot without many tourists and very little English spoken. The language part was correct but not the tourist part. Also the quiet part was because it was siesta time - religiously practiced here. By Saturday morning the beaches started to fill up but still not any where near capacity.

Peniscola has two main beaches - the south one which is smaller, quieter and across the road from our apartment - and the north one which is extensive, crowded with many stalls selling clothing and other tourist stuff (or crappy-do-dah as one person put it). This is the view from our window - the south beach is right there behind those trees. 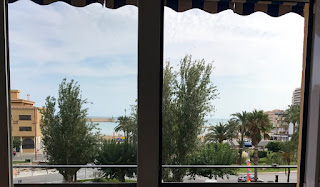 In between the two beaches is a small piece of land jutting into the sea and on top of the hill is the castle built by the Knights Templar around 1300. After the popes lived in Avignon, Benedict X111 declared himself a pope and moved here (around 1400) until someone decided he couldn't be pope after all. This area, with a wall surrounding it, is called the 'old city'.


Bathed in sunlight from the south beach (where we are): 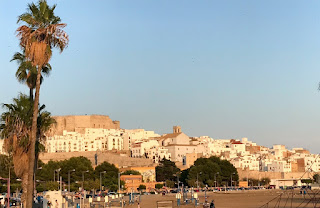 And at night from the north beach: 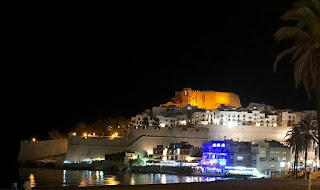 I think I even found Ogopogo on the beach here. 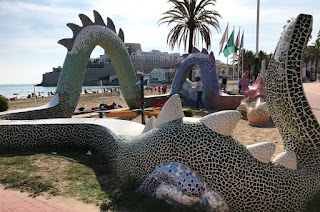 Ham is a huge part of the food scene in Spain. There's even a Ham (Jamon) Museum in Barcelona. This larger than life-size ham (fake) is outside one of the restaurants here. 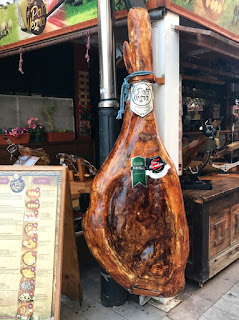 To add to my collection of fruits I've never seen before: a chirimoya (haven't tried it yet). 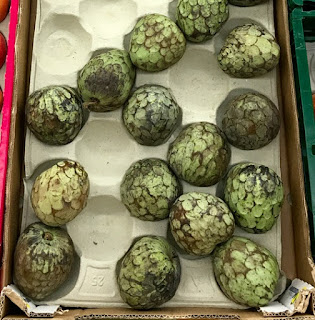 Today we climbed up to the top of the castle and got some fabulous views of the city. It's a pretty cool castle as far as castles go. 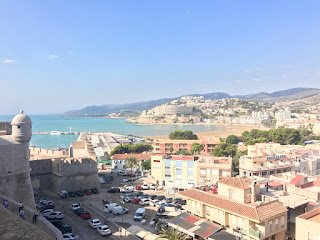 The 'old city' winds its way to the top with mostly restaurants, shops and housing. The balconies are beautifully tiled on the bottom. 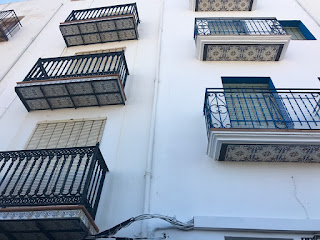 Another view from the top where you can see the south beach on the left (that's pretty well the entire beach) and the north beach on the right (which seems to stretch all the way to France). 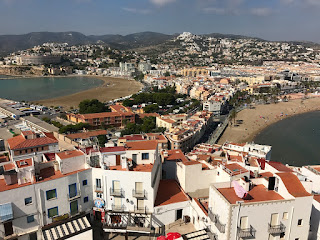 And looking out the other direction all the way to, I'd guess, Italy? 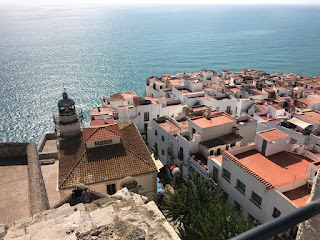 There was a display of falconry - lots of big, beautiful birds tethered to posts :( 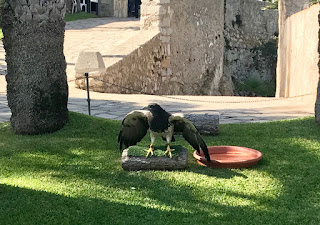 Two fine looking tourists we found along the way. 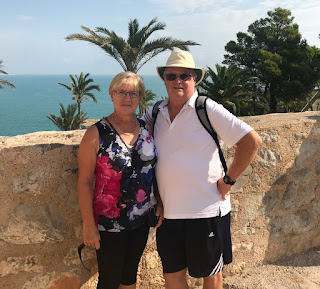 As well as beautiful vistas and beaches, and interesting history, Peñiscola is a busy fishing village. Around 4 pm, just as siesta is ending, the entire fishing fleet heads back into the port. On shore, a siren sounds to alert the buyers that the fish are ready for collecting. 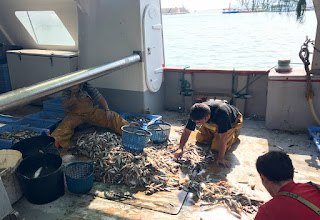 On the deck the fisherman sort their catch into bins which are distributed amongst the commercial buyers - I'm guessing restaurants and such. We haven't found where we can buy it yet. 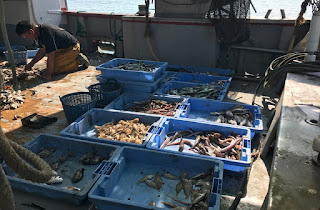 So, yes, a funny name, but overall an amazing place to spend the week.

essay writing service australia said...
This comment has been removed by a blog administrator.
7:26 AM