The day I’ve been waiting for. Giant Land Tortoises. Lots and lots of tortoises. The photos tell the story. 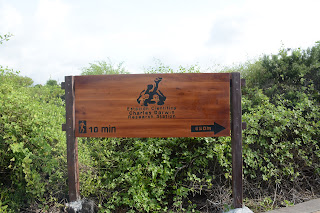 We started at the breeding center on Santa Cruz Island where they’ve collected several species and will breed them to release them into the wild. It’s an extensive and long term project that hopefully will prevent the extinction of these ancient looking animals. 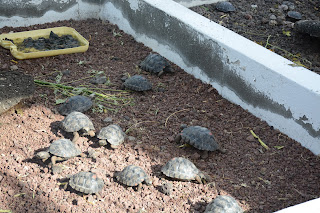 They collect the eggs and incubate them, then track the babies until they’re ready to be released.

In a large enclosed area the giants were being fed. This one is a saddleback, the long neck allows it to eat vegetation higher up. 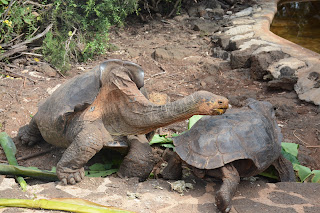 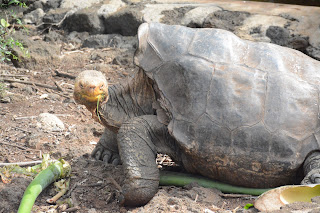 The others are domed tortoises and eat the lower growing vegetation. 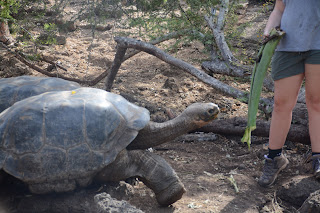 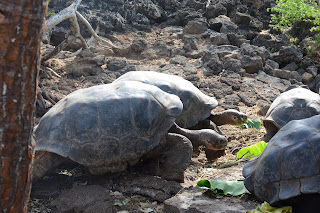 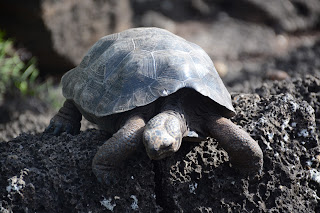 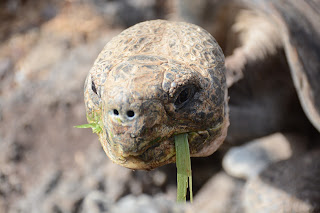 In their natural habitat these tortoises live in the highlands, up in the hills. Farmers are allowed to keep them on their land where they roam freely. We visited a farm where there were literally tortoises EVERYWHERE. 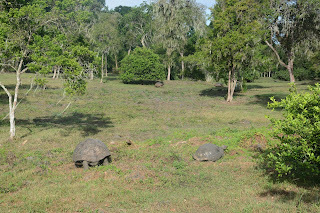 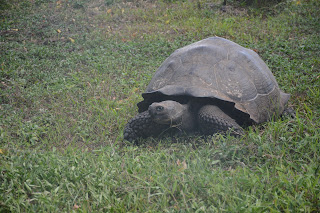 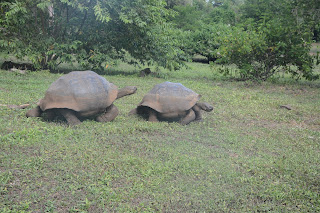 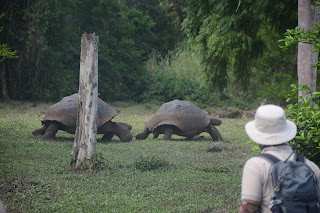 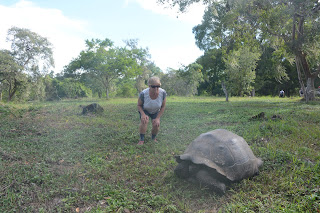 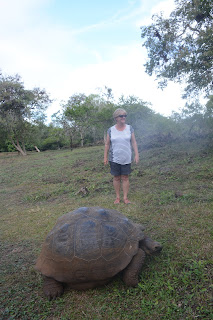 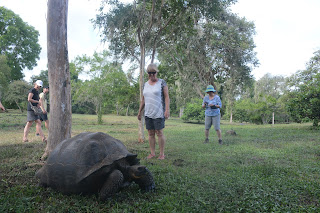 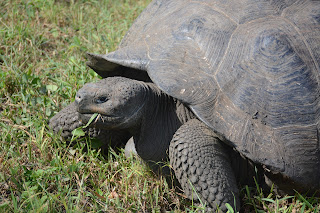 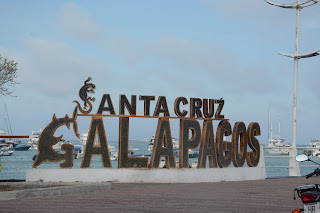 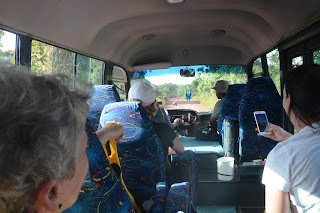 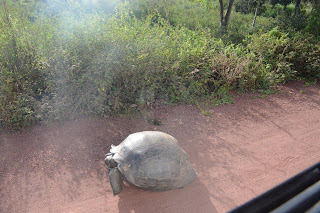 So how many turtles are you smuggling home? So exciting?!! Love all your pictures! What is the maximum size these tortoises grow?

Won’t be bringing any home - they’re quite attached to them here.