We’re fortunate to be staying in Belfast for a few days with Bonnie, a friend from schooldays, and Mary. Unfortunately we’ve hit some soggy weather which tends to put the damper on outdoor activities.
Bonnie lives in the middle of the city in a 'house', which we might call a townhouse or row house. The entire block is one building but divided into narrow, but tall, houses. Much of the housing here seems to be similar. 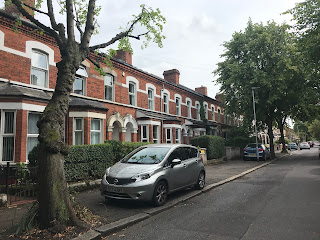 Of course Bonnie’s “front yard” comes complete with an array of plants and miscellanies. 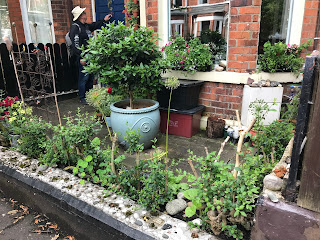 We took the bikes out for a short ride, along a path on the River Lagan which runs right through the city. 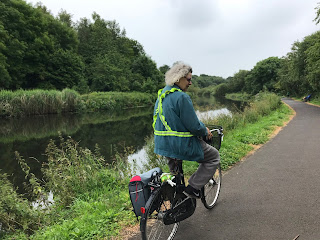 Along the way, and later on our city tour, we saw evidence of preparations for bonfires which will be lit in conjunction with July 12 celebrations. Some of them are 30-40 feet high. 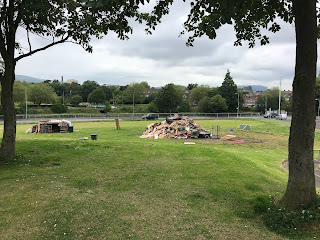 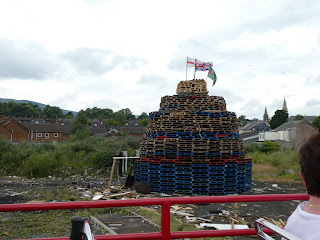 Some info about July 12: “It celebrates the Glorious Revolution and victory of Protestant king William of Orange over Catholic king James II at the Battle of the Boyne (1609), which began the Protestant Ascendancy in Ireland.” (Wikipedia)
There are marches which often lead to problems (to say the least). Because of this Bonnie and Mary always plan to be out of town during these 'festivities '.
Since we were last in Belfast the Titanic Experience was built and is now a large draw for tourists. It’s an impressive looking building and takes a couple of hours to explore. It begins with Belfast at the beginning of the 1900s and the importance of the ship building industry through to the launch and subsequent sinking of the Titanic. 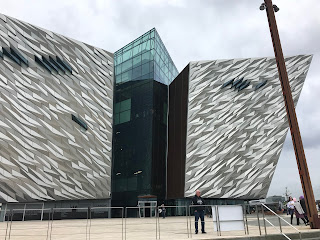 One of the walls from above down to the lobby. 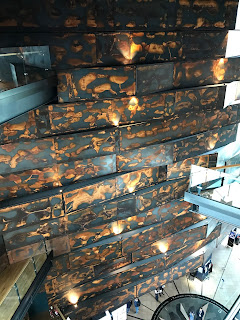 View of the shipyard where the Titanic was launched. 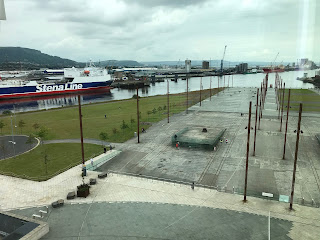 And then a stop for a beverage while a couple of singers entertained us. 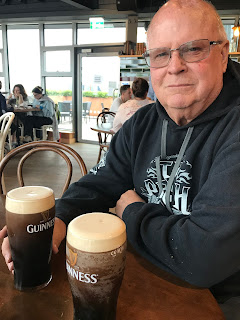 Belfast has lots of interesting old buildings and alleyways. 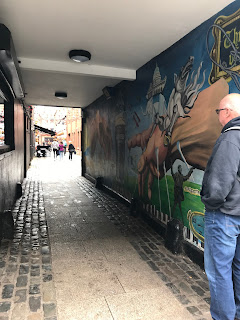 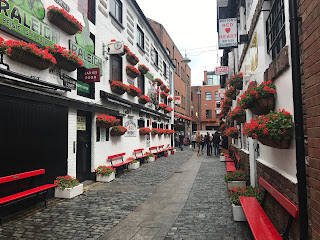 And inside The Crown pub: 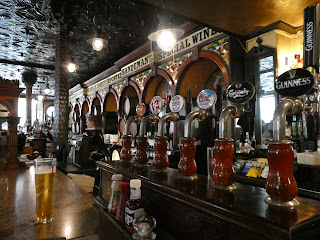 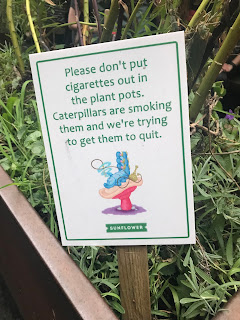 In the evening Bonnie took me to her neighbourhood pub where a trad session (traditional music) was playing with a fiddle, flute, pipes, concertina, guitar. It’s not really a performance but they just kind of play over in the corner and anyone can join in. 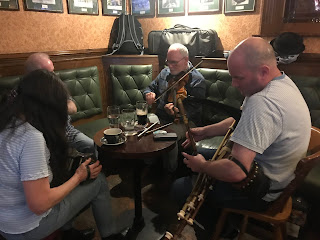 The pub is a maze of rooms and hallways and fortunately within walking distance of Bonnie’s house so we had a couple of pints and enjoyed the music and made it home by midnight. 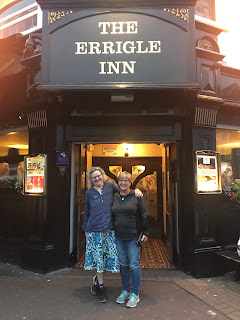 The pubs and their special atmosphere and walking distance to home is what we miss here!! Love all your photos.
Where will you be on the 12th?

We should be in Donegal by then.