......well you don’t even have to wait 5 mins. We decided to golf in Ennis at an average course (no amazing coastal scenery); the weather was a bit windy and it looked like it might rain. To be fair it’s looked like that most days on the coast, with very little actual rain, and the chance of rain was only 20% so it seemed promising   About hole 3 it started to drizzle with a few major gusts, but it stopped shortly after so we carried on. About the 6th it started up again and didn’t looked good and since we were near the clubhouse we made the decision to pack it in. We got to our car, opened the trunk to start packing up and not only did the sun come out but within a matter of seconds there was only blue sky so we headed out again to finish.


The next morning with a 10% chance of rain predicted we thought we might visit the Aran Islands. Before we even checked out of the hotel the rain had started and again we hesitated. When we got to the ferry terminal in Doolin the wind was howling but we bought tickets for Inis Oirr, the nearest island.

The ferry ride over was quite a roller coaster but when we got there the sun was out. We hired a 'trap and pony' for a short jaunt around the island. It turned out to be a good decision. The island is unique and our driver Sean kept us entertained for the hour ride. 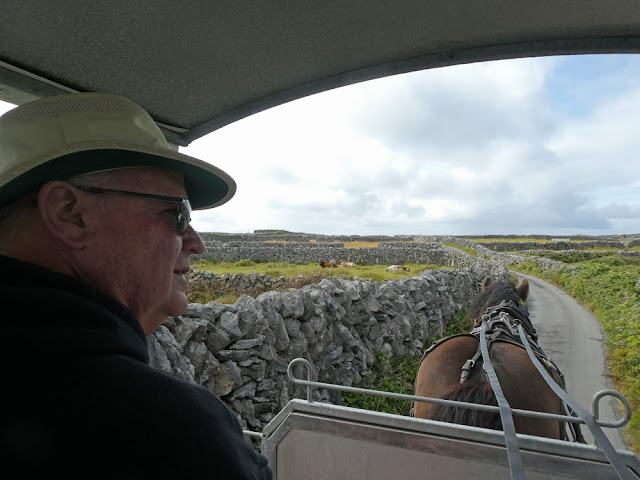 The island has an amazing array of rock walls - we’ve seen lots on this trip but this was over the top. 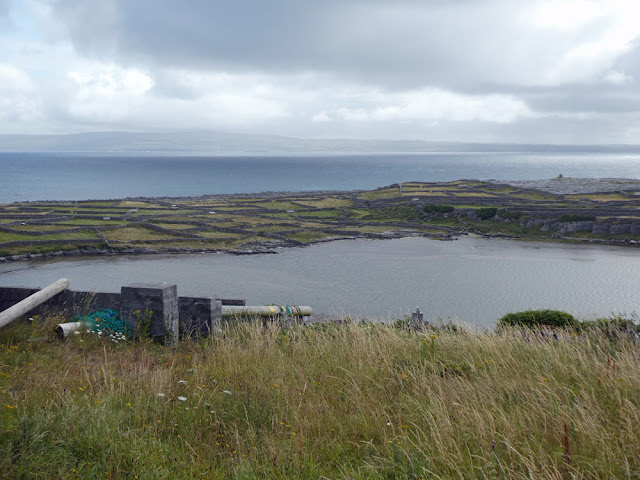 On one side of the island is a shipwreck which is kind of famous due to it being shown in the opening credits of a local-based TV show called Father Ted (think British comedy). The wreck happened in 1960 and all on board survived. 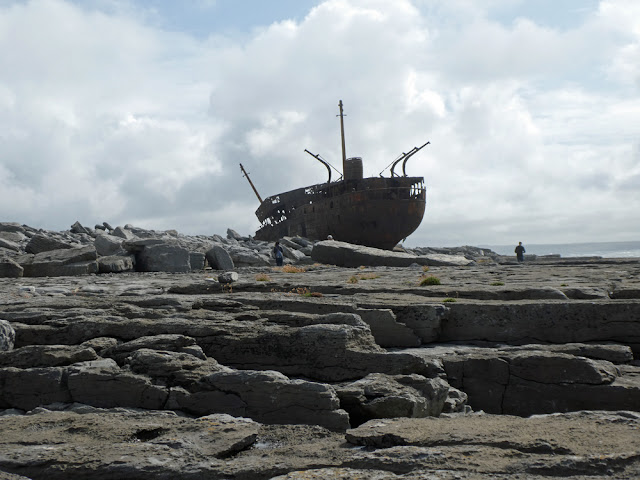 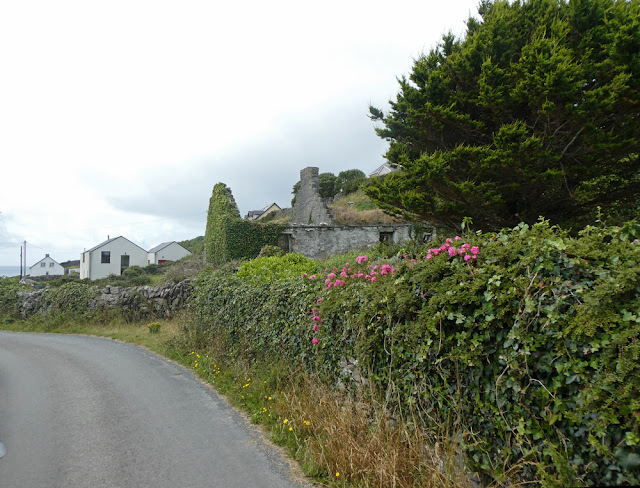 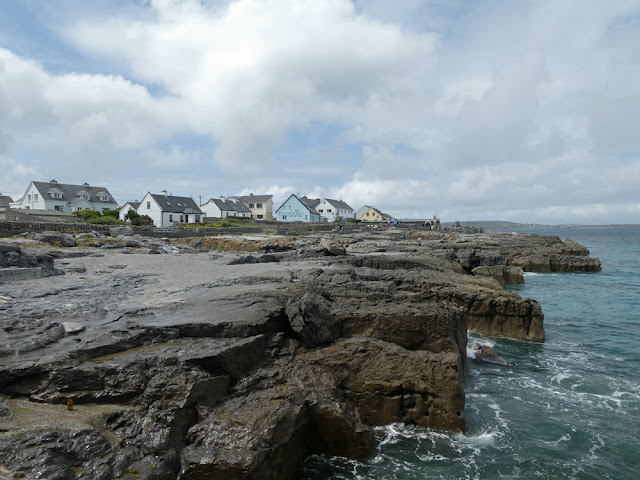 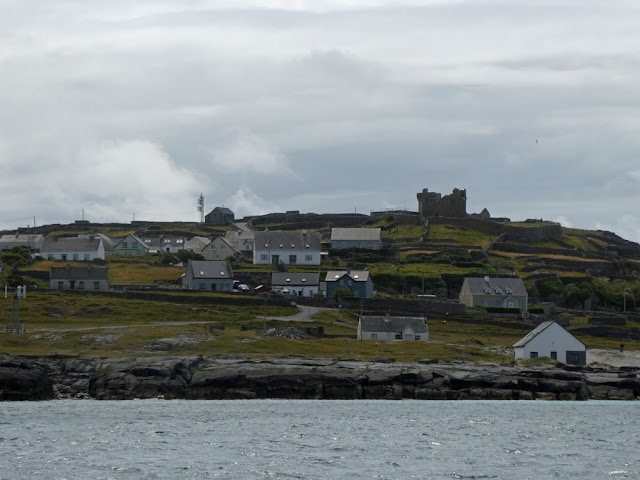 The pub was decorated with flags and we happened to be sitting under flags that were meaningful to us, from South Africa, Canada, and Australia (plus a few others). 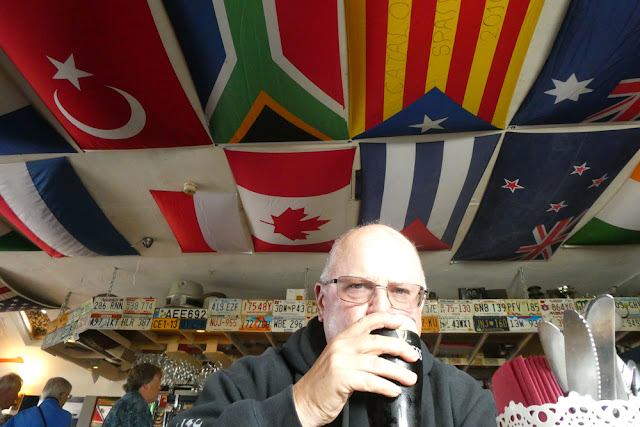 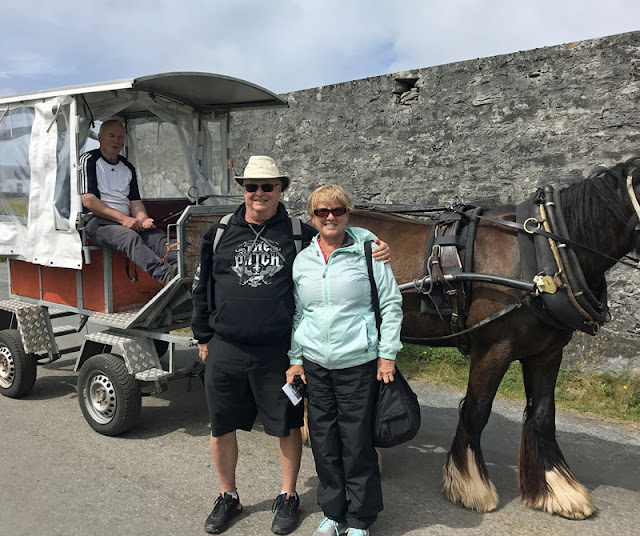 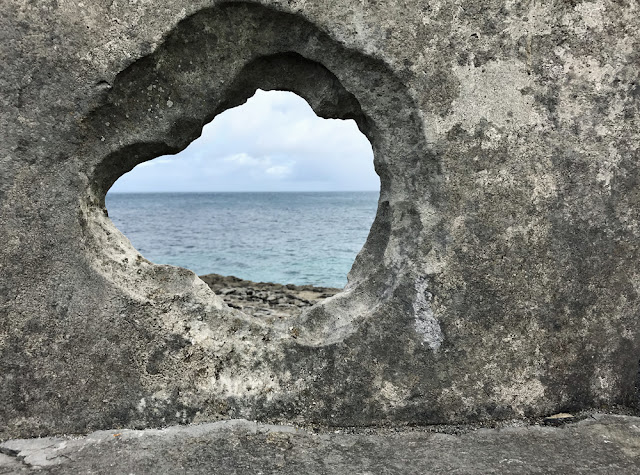 We stayed the night in Doolin, in a very pretty room. 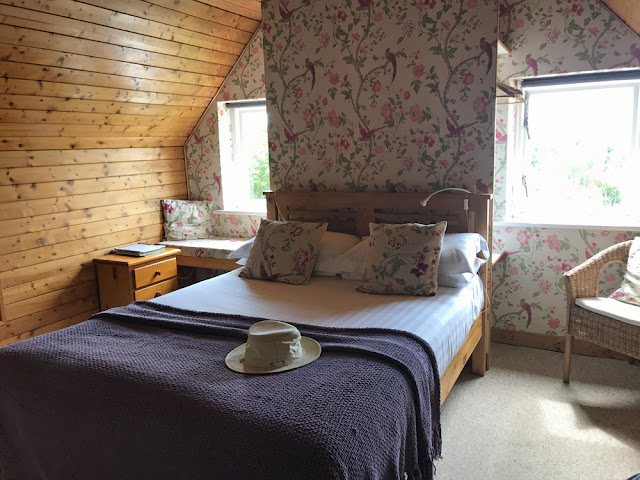 Here’s a little clip - enjoy the ride.  And definitely don’t trust the weather forecast in Ireland.