...but that didn’t stop us from trying.

Here are a few of our favourites (so far): 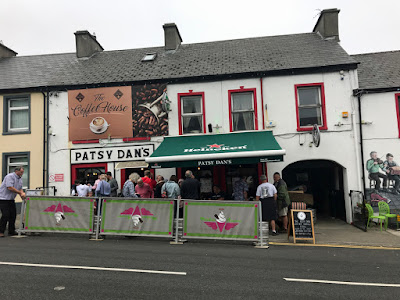 Patsy Dan's is in Dunfanaghy, Donegal, and filled with locals on Fridays and Saturdays. The session the night we were there had about 8 musicians with more arriving as we left. 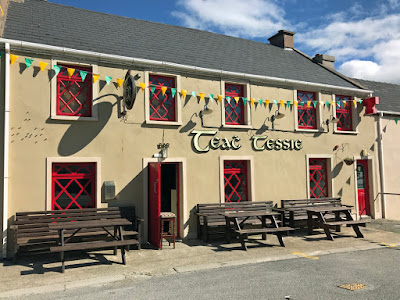 In Crolly, Donegal, we stayed at Teach Tessies (Teac means house in Irish). Our Airbnb host Catherine also ran the pub downstairs which sat about 10 people. The locals were watching an important Gaelic Football match when we came in. Donegal won. 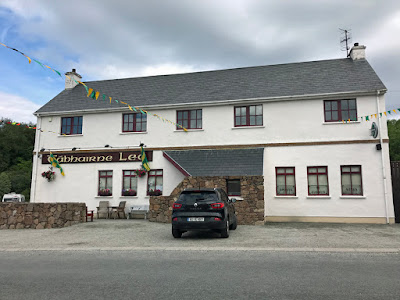 Across from Tessies was Leo’s Tavern - it’s famous for its music and it didn’t disappoint. Leo died 3 years ago so now his son runs the place. Leo was Enya's dad (she was born here) and the walls are covered in her gold records. 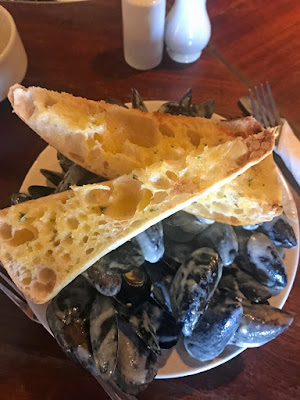 We had a delicious serving of mussels at Leo’s. 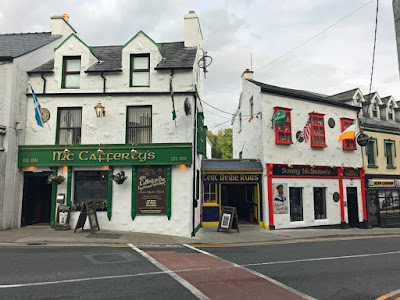 In Donegal town we spent an evening at McCafferty's. The duo singing had powerful, raw voices and filled the room with sound. The bartender joined in on fiddle at times and the men at the bar sang along to the songs. Two older men, at different times, walked up and sang a tune, while the musicians accompanied. It was all very spontaneous. 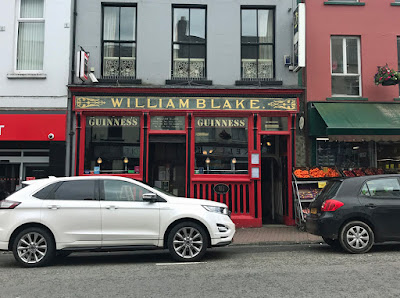 At The Open we were having a beverage before heading back to our BnB when we started up a long, involved conversation with some Irish folks. After learning we were going to Enniskillen they insisted that we go to Blake's of the Hollow for Friday night music. The music started at 10:30 and was a 3 man group - 2 accordionists and a fiddler but they were joined by another fiddler (not part of the regular group). You can see by the photo that Blake’s is not very big. At least it’s not wide but it stretches very far back. It’s made up of little 'snugs' which are small rooms that seat 4-8 people. Well we ended up in a snug with the musicians which was incredible.

Heading back to the coast (Wild Atlantic Way) we spent a couple of nights in Clifden, a very scenic area. The place is FULL of pubs with music and we had a difficult time getting into one for a seat. Mostly because it’s quite touristy and the pubs serve food until 9:30. The vibe here is very different as well - the musicians were more 'performers', had a tip jar (or hat) on the table along with CDs for sale. We had not seen this anywhere previously. 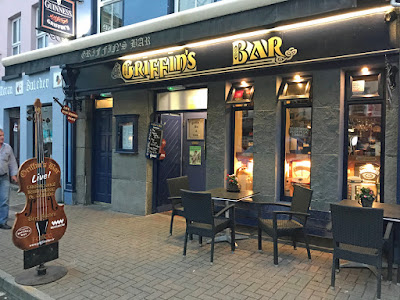 We finally got a seat at Griffin's, luckily right next to the musicians. Wow what a performance. The flute player was the amazing Marcus Hernon who is also a well known flute maker. (I found out by asking about his flute). Irish flutes are a bit different than concert flutes. He invited me to come to his place (down in Carna) to try one, although it takes 2-6 months to actually get one. I’ll let you know how that goes. 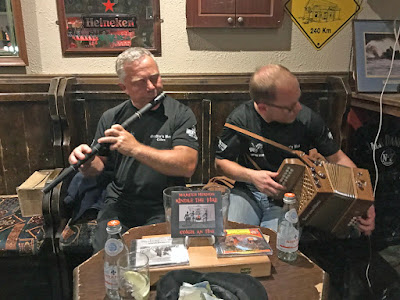 Ennis is well known for its music and we stopped the first night at a session at Knox. 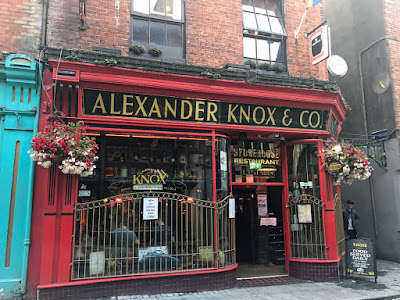 Again it was back to more spontaneous jamming and started with flute, fiddle, concertina and bodhran. They were shortly joined by a couple of woman from the US one on fiddle, one on whistle. 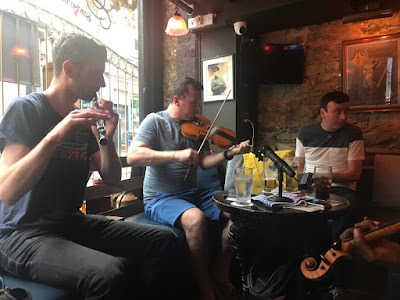 Of course we visited many more pubs but these were particularly memorable - mostly for the musicians, atmosphere, food/drink, people or all of the above.

More music from some of these events will be posted in a video shortly.