We started our Australian trip at Gold Coast - a city just south of Brisbane on the east coast. This area is known for its sandy shores and surfing waves and there are plenty of both. The city is also made up of a maze of canals so it seems that about 90% of the houses have waterfront access. The place we were staying backed onto a canal and our friends Rob and Carmen picked us up on their boat for a little tour. It was a beautiful day on the water. 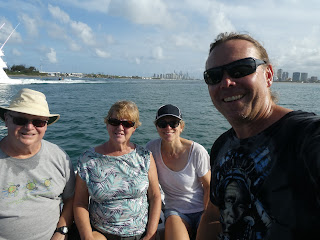 The next day they took us up into the hills to a national park, Springbrook, where we hiked down to a waterfall. Then to a place known as the Natural Bridge, due to the formation carved out of the rocks. 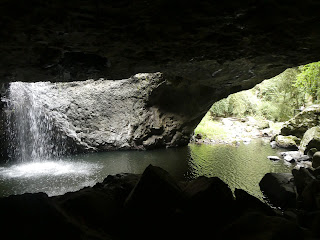 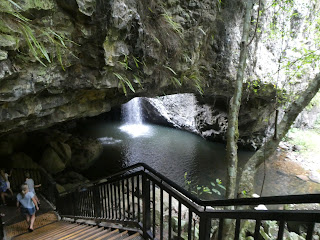 The most easterly point in Australia is Byron Bay which features this lighthouse. 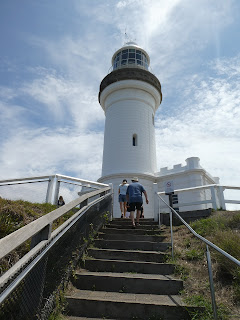 From here you can see to South America I guess. Or maybe New Zealand? 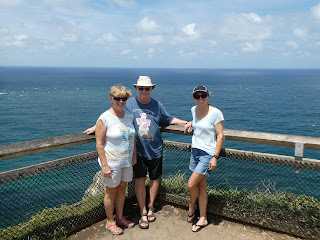 In Melbourne we stayed at Liana's family’s place and of course I can’t get over the amazing birds - their size and colours, and being woken up to such different bird song.

These (and many more) just hang around the yard. 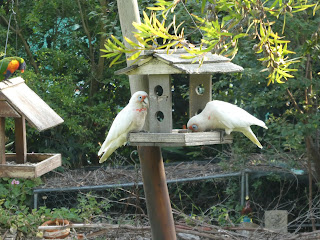 The Healesville sanctuary is just outside Melbourne and has most Australian animals you can think of and a bunch I’ve never heard of such as quolls, bilbies, and potoroos. 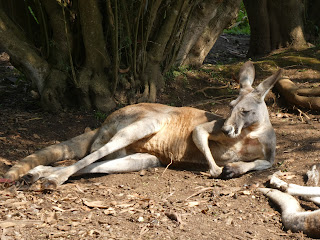 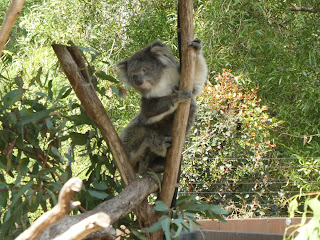 The pelicans took me by surprise - they are gigantic! 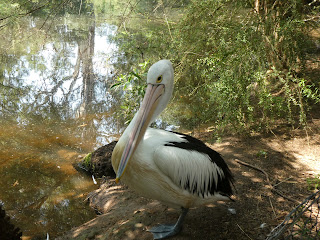 Many of the marsupials are nocturnal so they don’t appear much during the day. We did catch a platypus rolling around in a darkened aquarium and saw some 'cubed' wombat poo (?) but no wombats.

And the ferocious looking Tasmanian devil was surprisingly small. Loony Tunes was a bit deceiving. 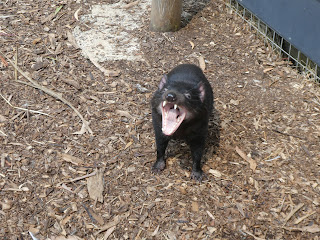 The bird show was quite an experience when the birds such as this barking owl swooped over the crowd. 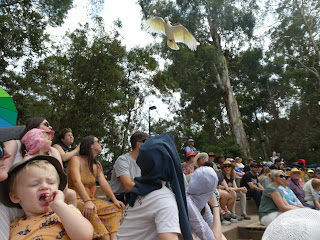 Topped the day off with lunch at a winery with Mike and Liana. 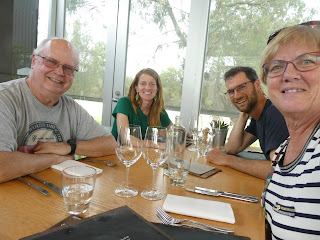 Ross managed to do a bit of shopping at the Sanctuary and emerged with his own zoo! Might need an extra suitcase to get them all home. 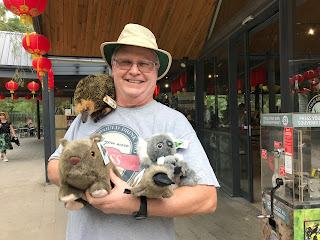 Lovely to see you in sunshine and no signs of fires or snow!!! Still snowing here....

so we have to buy another suitcase to bring Bob's rocks home, you have to buy one for stuffies!

Bonne annnée à vous tous & I hope you are enjoying the sunshine of Australia. Thanks for writing the blog - always interesting