Maria Island markets itself as an island off an island off an island. It was used as a convict colony in the 1800s and is today a national park with lots of hiking trails and camping spots but no facilities (ie water/electricity). If you’re camping on the island you have to bring ALL your gear with you across on the 40 min passenger ferry from Triabunna.

After we got there we walked a few kilometres out to the fossils cliffs. We were surprised to see many, many kangaroos. 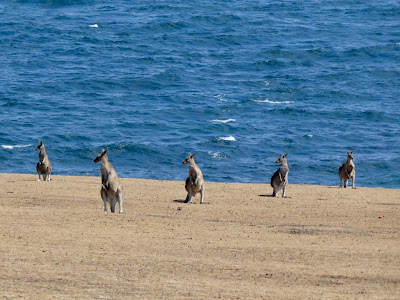 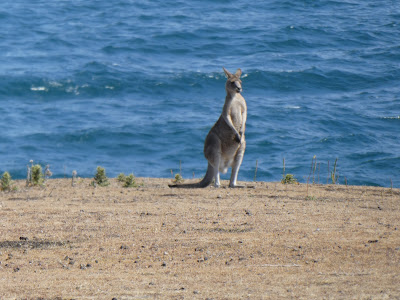 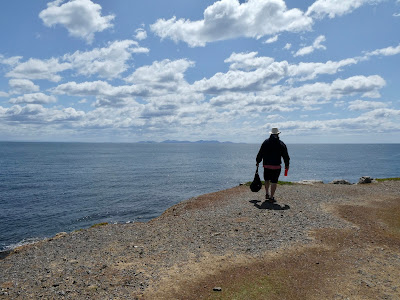 The Cape Barren Goose is only found in Southern Australia and has that distinctive green on its beak.   A few have been transplanted here. 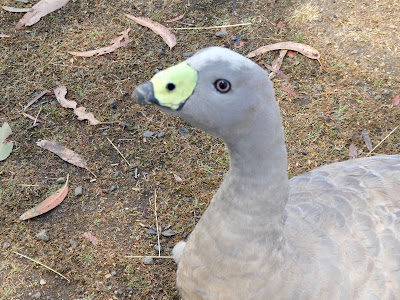 There is also a population of Tasmanian Devils here that are referred to as the ‘insurance' population. Throughout Tasmania the Devils Are dying off from the facial tumour disease which is transmitted between them by biting and other contact. Because they are so interbred, when they get the tumour they don’t fight it off because they think it’s just part of their own body. The population on Maria Island is free of the disease hence the ‘insurance'.

Hobart is the capital of Tasmania and is becoming quite trendy - lots of little shops/markets and food vendors. Tourism and house prices are increasing due to aggressive marketing. (Kind of reminds me of the situation in Newfoundland)

Hobart is picturesquely set along a series of little bays with the towering Mount Wellington in the background. We drove to the top for the stunning view. It’s only 12 km but took about 20 mins along a very windy road. At an altitude of 1,271 m the wind was blowing ferociously and it felt colder than Vernon when we left! We didn’t stay long. 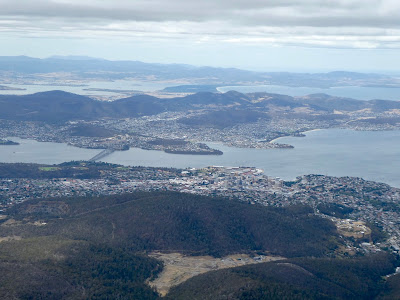 Cascade brewery is Australia's oldest operating brewery so obviously we had to have a sample. 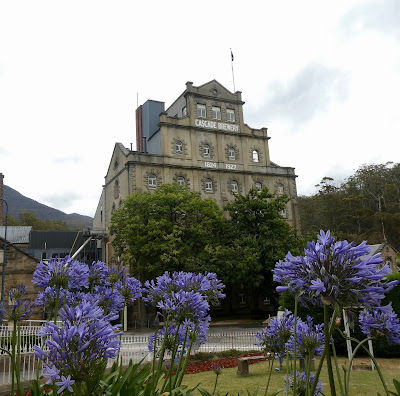 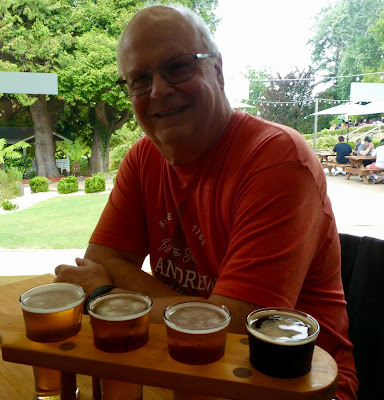 As expected my favourite was the stout with its distinctive coffee/chocolate flavour!

Looks like you two are having a blast. Looking at Ross’ picture in front of the beer “samples”.....has he lost a bunch of weight?
Continue having fun, you two.
Jim and Mavis

Anonymous said...
This comment has been removed by a blog administrator.
5:33 AM