With an area and population comparable to New Brunswick it’s understandable that there are great stretches without much civilization. We started at the top of the island in the small city of Launceston. Although it has a population in the 80 thousands it'a pretty quiet. We arrived on a Monday at the end of a festival weekend and were able to take in one of the attractions. Architects of Air is an inflated series of bubbles that make up a maze of colours and shapes. It takes about 20 mins to make your way through and is quite the experience of light/colour. 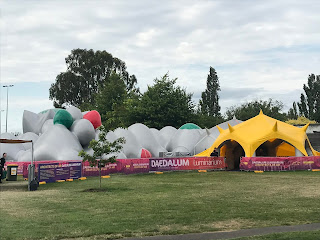 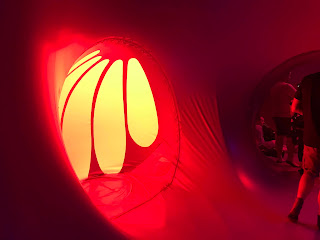 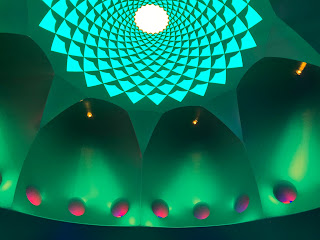 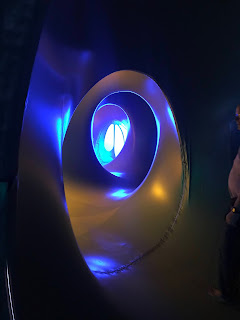 The Cataract Gorge at Launceston is an area that was developed in the 1890s and is a premier recreation area. We took a chairlift across the 'lake', then walked back over the suspension bridge. You can also walk all the way from town (1.5 km) along the side of a cliff. 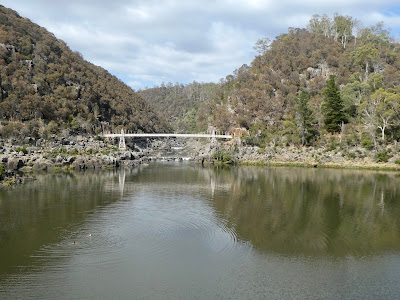 We wanted to drive down the east coast but the only way to get there was via a very boring 2-3 hour drive along a windy, narrow, forested road. About 1/2 way was a lavender farm, 100s of acres. 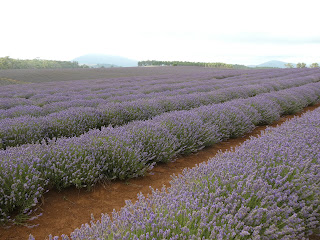 The highlight of the day was the baby echidna we saw on the road. 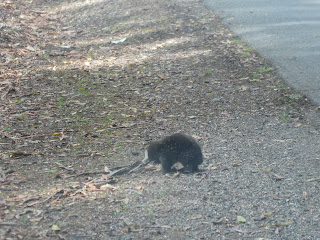 It made its way safely across but judging by the roadkill a lot of wildlife is lost.

We ended up in a small (very small) coastal town called Scamander. Not much to say about it but when we woke up the next morning it was pouring rain and the prospects for the day seemed dreary. About an hour down the road (beautiful coastline) we stopped at an animal sanctuary just as the sun came out. 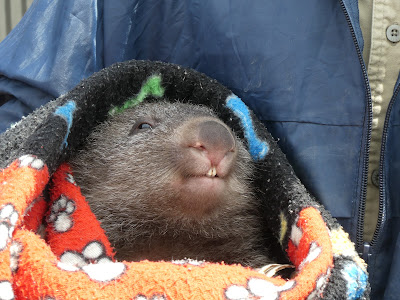 ...and some spotted quoll 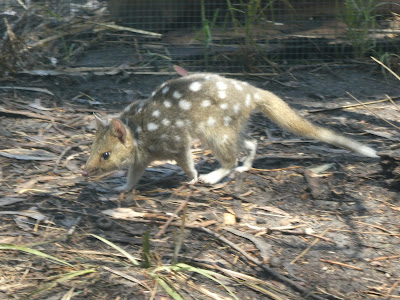 There was a magnificent white peacock roaming the grounds. 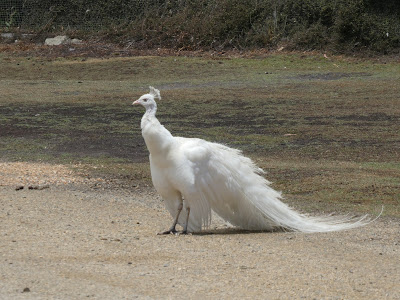 And 2 wedge tailed eagles - both rescued with broken wings 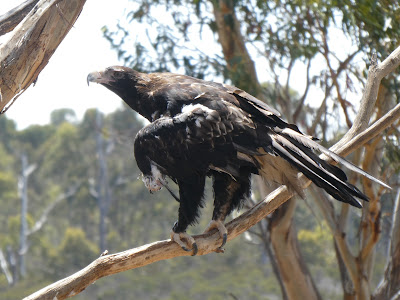 Ross also got photobombed by a kangaroo (or is it a wallaby?). 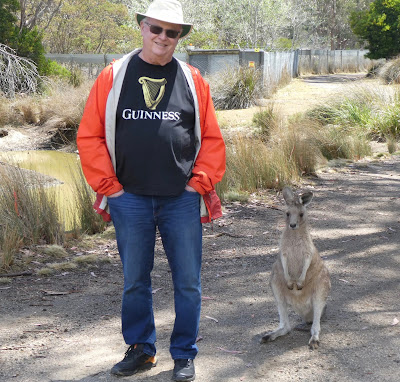 By the end of the day we were in another small town, Triabunna. The day may have started out a bit damp and dreary but it ended on a good note as we were having our dinner. 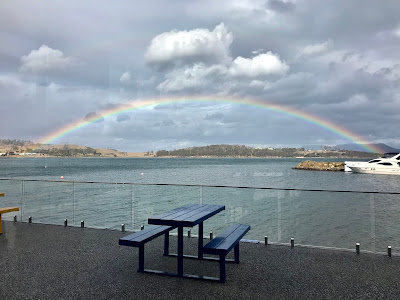 My friend Carol's grandson was born in Tasmania when her son lived/work there for KPMG.