Malin Head is the most northerly point on the island of Ireland and relatively remote/desolate as you can see from the pics. The rugged bare rocks remind me a bit of Newfoundland but with a tad more green. 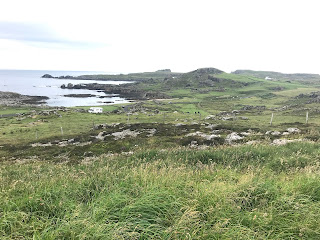 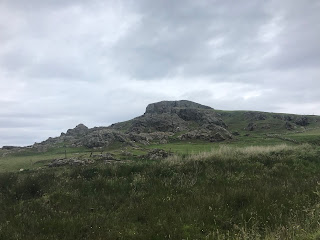 After leaving Belfast and passing Londonderry (although the Irish prefer to leave off the London and call it Derry) we headed up the Inishowen peninsula. The roads became narrower as the number of cows and sheep increased. The road you see below was pretty typical and it is NOT one way. Backing up for oncoming traffic is quite common.

We've had a few detours and u-turns but mostly due to navigation issues, not Ross's driving. I’m sure I’ll get better with practice.

Our BnB was perched overlooking the ocean and this view is from the kitchen window before it got really windy and rainy. The sun set at 10:06 but we didn't see it with all those clouds. A good reason to return some day. 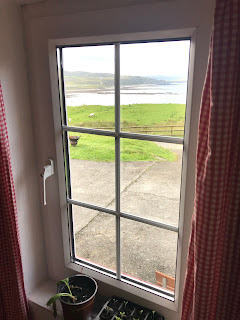 A short distance from our BnB is Ballyhillin Beach, known for its semi precious stones. Pinks, oranges, bright whites, purples - the colours are quite astounding. We headed down after high tide when they tend to sparkle more (according to Charles our host). 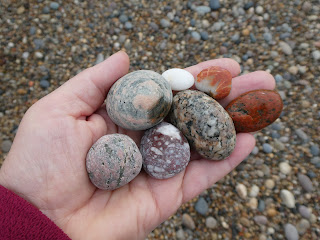 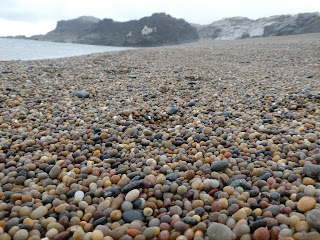 Just down a bit the beach is covered in dark volcanic rock. Quite a contrast. 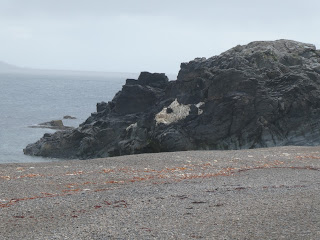 Lots of picturesque rock buildings but I can’t convince Ross to stop for pictures each time. 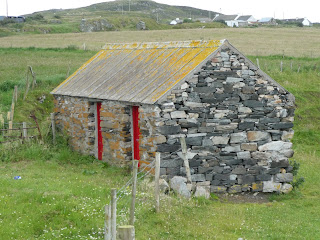 This is a stop along the road full of, well you can only call them curiosities. Ross bought 2 pigs (ceramic)! 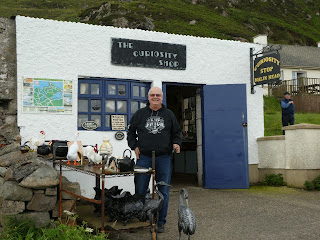 The rain had stopped by morning and we were greeted with this lovely view from our breakfast table. 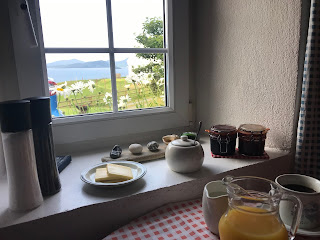 Of course we were served the full Irish breakfast likely our first of many. Not a fan of the blood pudding even with Charles' extra slice of apple on top. 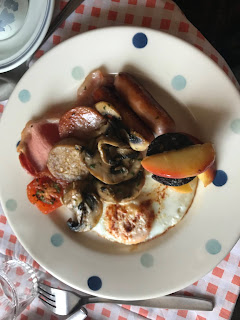 And just out the front door this view of our neighbours. 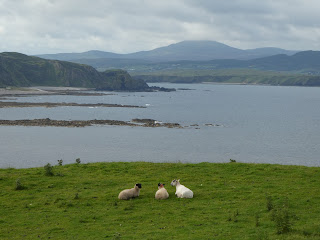 Driving here is definitely an adventure but the views are stunning. Well worth the effort.